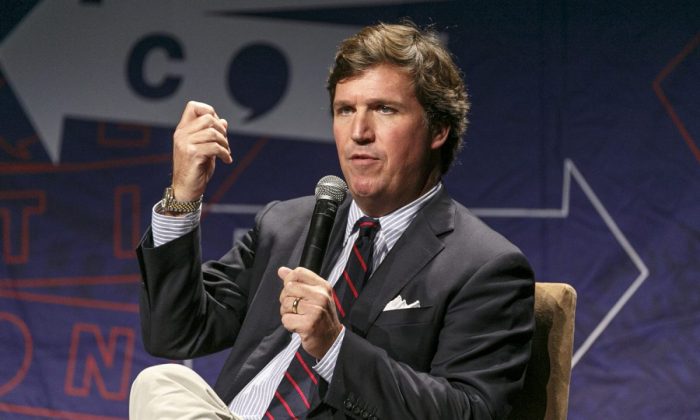 The firm said that documents shipped to Carlson were lost and an investigation is underway, which came after Carlson on Wednesday said that they went missing. The documents were being sent from New York to California.

“We believe those documents are authentic, they’re real, and they’re damning,” he said, adding that they pertained to the “Biden family.” The Fox host didn’t say what the documents were about.

“The package was reported with missing contents as it moved within our network,” Zaccara said. “UPS is conducting an urgent investigation into this matter and regrets that the package was damaged. The integrity of our network and the security of our customers’ goods are of utmost importance. We will remain in frequent, direct contact with Fox News as we learn more through our investigation.”

“UPS is conducting an urgent investigation into this matter and regrets that the package was damaged,” the company also told the left-leaning The Daily Beast, saying the package “reported with missing contents as it moved within” its network.

On Wednesday, Carlson told his audience that an employee at a sorting facility saw that the package “was open and empty.” He added: “Apparently it had been opened,” adding that the firm “searched the plane and the trucks that carried it.”

“They went through the office in New York where our producer dropped that package off,” Carlson said. “They combed the entire cavernous sorting facility. They used pictures of what we had sent so that searchers would know what to look for.

“The Biden documents never arrived in Los Angeles. Tuesday morning we received word from our shipping company that our package had been opened and the contents were missing,” Carlson also said. “The documents had disappeared.”

The shipping company’s executives were “baffled” and “deeply bothered” by the incident, Carlson continued.

On Tuesday night, he interviewed former Hunter Biden associate Tony Bobulinski, who claimed that the former Democratic vice president could be compromised by the Chinese Communist Party due to Hunter and brother James Biden’s business dealings in the country.

Joe Biden has not responded to Bobulinski’s allegations to media outlets. Last week, he said he had “not taken a penny from any foreign source ever in my life.”

Biden’s campaign earlier this month said Biden never had a meeting with an executive at a shady Ukrainian gas company, Burisma Holdings, while he was the vice president and his son sat on the board of the firm. A report from the New York Post, citing alleged Hunter Biden emails, suggested Hunter Biden was arranging a meeting between him, the executive, and Joe Biden.