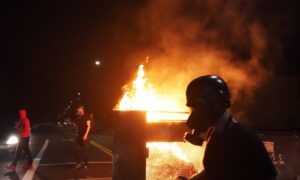 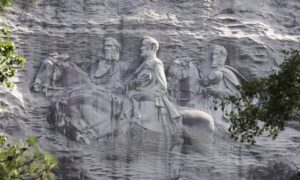 Updates on Hurricane Rosa Path to Arizona; Latest on Leslie and Sergio

The NHC said that Rosa is a Category 1 hurricane with 85 mph winds, moving 12 mph to the north.

The agency said Sept. 30 that the storm is slated to weaken as it heads north, and it will likely be downgraded to a tropical storm.

Rosa is slated to produce “flooding rains” across the northwestern portion of Mexico as well as flooding in the southwestern United States.

“Rosa should essentially maintain its current forward speed until landfall occurs in 36-48 hours due to the cyclone not being influenced by the faster deep-layer steering flow,” according to the NHC’s forecast discussion of the storm.

It added: “A 72-hour forecast position continues to be provided for continuity purposes, but Rosa’s surface circulation is likely to dissipate before that time over northwestern Mexico or southern Arizona, with the mid-level remnants continuing northward across the Desert Southwest and Intermountain West.”

Portions of Arizona are slated to get at least two inches of rain, according to the National Oceanic and Atmospheric Administration’s Weather Prediction Center. This will pose a risk of flash flooding in some areas.

The NHC said that Tropical Storm Sergio is slated to continue, but it will head away from North America. The storm is slated to become a hurricane later on Sept. 30.

The storm is moving west at 12 mph, according to the agency. It will then move slightly to the northwest after a few days.

“Sergio is forecast to remain in a low-shear, warm-water, and high-moisture environment for the next 36 hours or so, during which time rapid intensification is expected,” the agency said in a discussion.

There are no warnings or watches associated with the storm.

The NHC said that Tropical Storm Leslie is expected to “slowly strengthen” and will move around the central Atlantic Ocean.

There are no coastal watches or warnings associated with the storm.

“Leslie is expected to move over cooler waters, partly induced by its own upwelling, as it heads northeastward back over its previous track,” according to a discussion of the storm from the NHC. “The bottom line is that Leslie is forecast to meander over the central Atlantic through the forecast period,” it added.