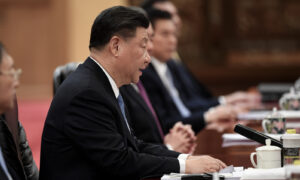 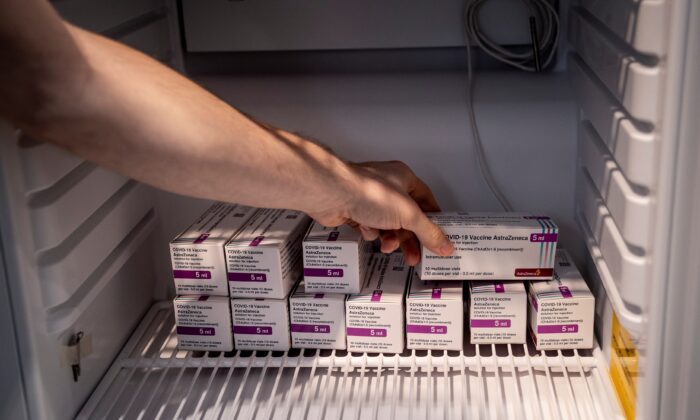 The White House is holding onto some doses of AstraZeneca Plc’s CCP virus vaccine so they can be given to Americans quickly if authorized by the U.S. health regulator, a top administration official announced.

AstraZeneca has produced doses of the vaccine in the United States, where it has yet to be approved. In Europe, 10 countries have halted the use of the jab following reports of blood clots in some people taking the jab.

Pfizer’s vaccine is 94 percent effective in preventing asymptomatic transmission of the virus that causes COVID-19, according to data from Israel.

The CCP virus vaccine, co-produced with BioNTech, was also at least 97 percent effective in preventing symptomatic disease, severe-critical disease, and death, the companies and the Israel Ministry of Health said.

The figures stem from an analysis of surveillance data collected between Jan. 17 and March 6, when the vaccine was the only one available in the country.

Officials plan on presenting the findings to a peer-reviewed journal.

Most of California to Reopen

Most of California’s 40 million residents will be able to enjoy limited indoor activities such as dining inside or watching a movie at a theater by mid-week as COVID-19 case rates continue to stay low, state officials confirmed.

Officials said that 13 counties, including Los Angeles, would be able to open restaurants, gyms, and museums at limited capacity on Sunday, the result of the state hitting a 2 million equity metric aimed at getting more vaccines into low-income communities. Another 13 counties are expected to reopen on March 17 under a different metric.

Health officials have confirmed the first northern Nevada case of a COVID-19 variant that originated in the United Kingdom, and they’re trying to determine if the infection linked to a large gathering in Washoe County may have spread to others.

The new case has been confirmed in Washoe County and involves a woman in her 30s whose infection is linked to a gathering of more than 60 people from multiple states, county health district officer Kevin Dick announced late Friday. At least eight cases related to the UK variant have already been confirmed in southern Nevada.