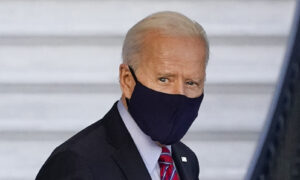 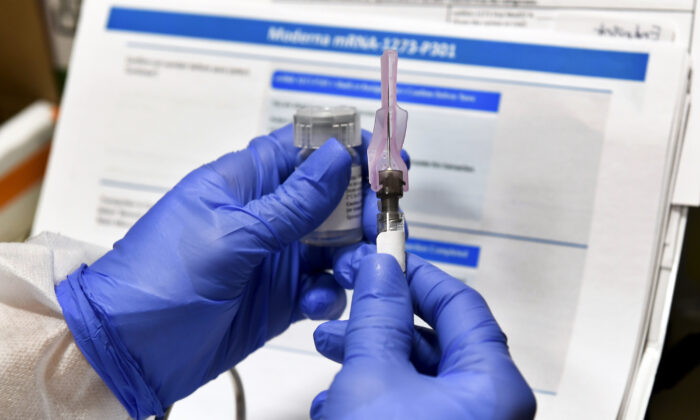 A nurse prepares a blinded study experimental vaccine for the CCP virus, developed by the National Institutes of Health and Moderna, in Binghamton, N.Y., on July 27, 2020. (Hans Pennink/AP Photo)
WORLD

New strains of the CCP (Chinese Communist Party) virus are mutating worldwide and slowly making their way to California, as health officials work to determine whether current vaccines will remain effective against the latest variants.

Dr. Thomas Cesario, an infectious disease specialist based in the city of Orange told The Epoch Times that he’s concerned about newly discovered strains of COVID-19 from the United Kingdom, South Africa, and Brazil.

The South African variant, called B.1.351, has been discovered in several states but has not yet been reported in Southern California. Early evidence suggests that this variant might not be treatable with the currently available vaccines.

Evidence is mounting that COVID-19 survivors may not be protected from reinfection by a variant strain of the virus, new research suggests.

In South Africa, a vaccine study found new infections with a variant in 2 percent of people who previously had an earlier version of the CCP virus. In Brazil, several similar cases were documented with a new variant there.

The move to promote theater and music across the state, known as “New York Pops Up,” comes amid a steady improvement in the measures of the spread of the CCP virus and after many Broadway and other performers have been idle since last year.

Rep. Ron Wright (R-Texas) died Sunday after he tested positive for COVID-19, according to his office. He was 67.

Wright, who was in the midst of a battle with cancer, was reelected in November. He was keeping up a vigorous work schedule after he contracted the virus, according to his office. Wright and his wife were taken to Baylor hospital with COVID-19 side effects.

Spring Traveling Canceled for Millions Around the Globe

The annual journeys of late winter and early spring have been canceled, in doubt, or under pressure because of the CCP (Chinese Communist Party) virus.

Typically during this time of year, factory workers in China head home for the Lunar New Year; American college students go on road trips and hit the beach over spring break; and Germans and Britons flee drab skies for some Mediterranean sun over Easter.

Amid fears of new variants of the virus, new restrictions on movement have hit just as people start to look ahead to what is usually a busy time of year for travel.

It will be hard to achieve herd immunity against COVID-19 before the end of the summer, President Joe Biden said in an interview that aired on Sunday.

Herd immunity is a form of protection against a disease. It can be achieved through vaccination or sufficient spread of a disease among the population. The United States has steadily increased the pace of vaccinations against the CCP virus which causes COVID-19, but reaching a level where herd immunity is believed to be possible will take nearly a year at the current rate.

Daily Cases in US Drop to Lowest Level in Months

The number of new daily COVID-19 infections fell below 100,000 for the first time this year, according to Sunday figures published by Johns Hopkins University.

Newly reported infections dropped from Saturday’s 104,015 down to 88,044 on Sunday, according to the tally.

Argentina has detected the first cases of two Brazilian variants of the CCP virus in travelers from the neighboring nation, the government said on Monday.

“The Amazonas P1 variant was recently detected in two samples, and the Rio de Janeiro P2 variant in two other travelers. All of them from Brazil,” Argentina’s Minister of Health Ginés González García said on Twitter. The country has recorded nearly 2 million confirmed cases of COVID-19, with a total of 49,171 deaths.

A British teenager is slowly emerging from a coma nearly a year after being hit by a car, and he has no knowledge of the COVID-19 pandemic even though he has caught the virus twice.

Joseph Flavill, 19, suffered a traumatic brain injury when he was hit by the car in the central English town of Burton-on-Trent on March 1 last year, about three weeks before a first national lockdown was imposed to curb the spread of the virus.

Prime Minister Justin Trudeau announced more than two weeks ago that travelers flying back from abroad will have to quarantine at a federally mandated hotel for up to three days at their own expense, though he acknowledged that only a fraction of COVID-19 cases appear to stem from overseas trips.