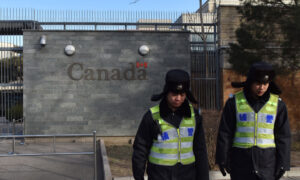 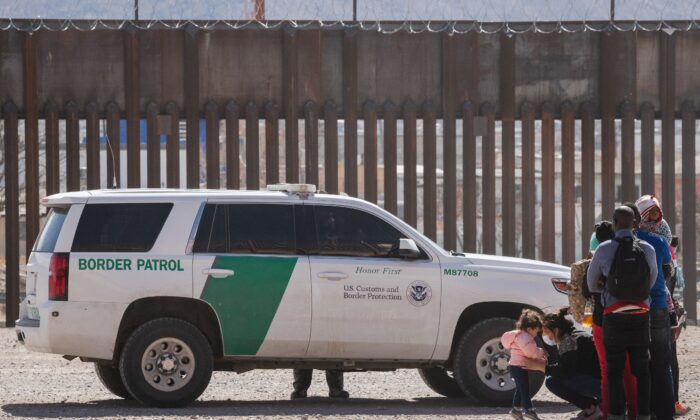 Updates on CCP Virus: Up to 50 Percent of Illegal Immigrants Estimated to Have COVID-19: National Sheriff’s Association

As concerns over the surge of illegal immigrants crossing the southern border grows, the National Sheriffs Association is calling on the Biden administration to secure the border and protect Americans.

Up to 50 percent of illegal immigrants are testing positive for COVID-19, the disease the CCP (Chinese Communist Party) virus causes, the sheriffs association wrote.

WHO Report on COVID-19 Origins Likely Pushed Back a Week

A highly anticipated report from the World Health Organization (WHO) on the origins of COVID-19 based on its findings in Wuhan, China, is “likely” to be delayed until next week, a spokesman for the health agency said Tuesday.

WHO spokesman Christian Lindmeier told a United Nations briefing that the final report has been pushed back because it was “simply not ready,” and the team of experts that traveled to China to examine the origins of the CCP (Chinese Communist Party) virus, which causes the disease COVID-19, “want to get it right.”

“What we hear from the technical experts—from the mission members—is that the report most likely now will come out next week,” Lindmeier said.

Moderna to Proceed with COVID-19 Vaccine Testing on Canadian Children

Moderna says upcoming clinical trials for its COVID-19 vaccine will include Canadian children.

Moderna says initial participants are based in the United States but that Canadian sites will be added as the trial progresses.

The U.S. government is investing $12.25 billion on ramping up COVID-19 testing in the country to help schools reopen safely and promote testing equity among high-risk and underserved populations.

The U.S. Department of Health and Human Services (HHS) said on Wednesday it will provide $10 billion to states to support COVID-19 screening and testing for teachers, staff, and students to assist schools to resume in-person instruction.

The remaining $2.25 billion HHS investment will be used to scale up testing among high-risk and underserved populations, including racial and ethnic minority groups and people living in rural areas, the U.S. health agency added.

Disney’s two theme parks in California will reopen on April 30 to a limited number of guests, the company said on Wednesday, over a year after they closed because of the CCP (Chinese Communist Party) virus pandemic, which causes the disease COVID-19.

Attendance will initially be capped at roughly 15 percent of capacity, Disney Chief Executive Bob Chapek said on CNBC television. Advance reservations and an admission ticket will be required for entry. Guests age 2 and up will need to wear masks, except when eating, drinking, or swimming, and follow other safety measures including temperature checks before entering and social distancing on rides and throughout the parks.

DeSantis Rejects Sen. Scott’s Calls for Florida to Give Back Relief Money

Florida Gov. Ron DeSantis on Tuesday rejected calls from a fellow Republican, Sen. Rick Scott (R-Fla.), to return money in excess of COVID-19-related costs that is being handed out to state and local governments under the $1.9 trillion relief package, funds that Scott has denounced as “bonus cash to plug budget holes.”

“It doesn’t make any sense,” DeSantis told Politico in response to a question about Scott’s suggestion to give back to the Feds money over and above what would reimburse actual expenses incurred by Florida in its COVID-19 response.

Reynolds to Open Vaccines to All Iowans Starting April 5

Iowa Gov. Kim Reynolds said Wednesday that all Iowa residents will be eligible for COVID-19 vaccinations on April 5 as long as supply projections are met.

Reynolds said the federal government is promising a surge in supply in late March that will enable enough vaccinations to meet much larger demand. Until then, vaccinations are only available to adults in certain occupations, people older than 65 or those who have qualifying health conditions.

WHO Scientist: ‘No Documented Death’ Linked to Vaccine

A World Health Organization (WHO) researcher says there is no evidence linking deaths to any CCP virus vaccine, after numerous European Union countries and other nations suspended usage of AstraZeneca’s vaccine amid reports of blood clots.

“There is no documented death that’s been linked to a COVID vaccine,” Soumya Swaminathan, a WHO clinical scientist, said in a March 17 news conference. “While we need to continue to be very closely monitoring this,” she said, “we do not want people to panic.”

St. Patrick’s Day to Be Largely Virtual in NYC for 2nd Year

A largely virtual St. Patrick’s Day was held in New York City on Wednesday morning, one year after the annual parade celebrating Irish heritage was canceled because of the pandemic.

People staying home can take in a 5 p.m. program on the Catholic Faith Network featuring parade leaders and Cardinal Timothy Dolan, the head of the Roman Catholic Archdiocese of New York, and TV station WNBC will broadcast “St. Patrick’s Day: A Celebration For All” at 7 p.m.

Three patients hospitalized after contracting the CCP virus died in a fire in Bangladesh’s capital, Dhaka, on Wednesday, officials said.

The patients, who were using ventilators in the hospital’s intensive-care unit, died after the fire triggered an evacuation, said Nazmul Haque, director of the hospital. It was not immediately clear what caused the blaze, a fire service official said.

Trump Recommends Americans Get a Vaccine

Former President Donald Trump on Tuesday advised Americans to get vaccinated against COVID-19, a disease that is caused by the CCP virus, commonly referred to as the novel coronavirus.

“I would recommend it. And I would recommend it to a lot of people that don’t want to get it, and a lot of those people voted for me, frankly,” Trump said during an interview with Fox News. He also said Americans have freedoms “and we have to live by that, and I agree with that also.”

AstraZeneca’s formula is one of three vaccines in use on the continent. But the escalating concern is another setback for the EU’s vaccination drive.

Sen. Rand Paul (R-Ky.) on Tuesday suggested people like himself who have had the CCP virus and recovered do not need to get a COVID-19 vaccine.

“About 30 million people have gotten the infection naturally like myself. The interesting thing is that [there is] no more than a handful of reports of people getting it again, so there’s every indication that having been infected with it provides strong, natural immunity,” Paul told reporters on Capitol Hill in Washington.

Brazil reported 2,841 COVID-19-related fatalities on Tuesday, its highest daily death toll since the pandemic began, according to the health ministry.