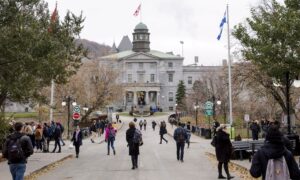 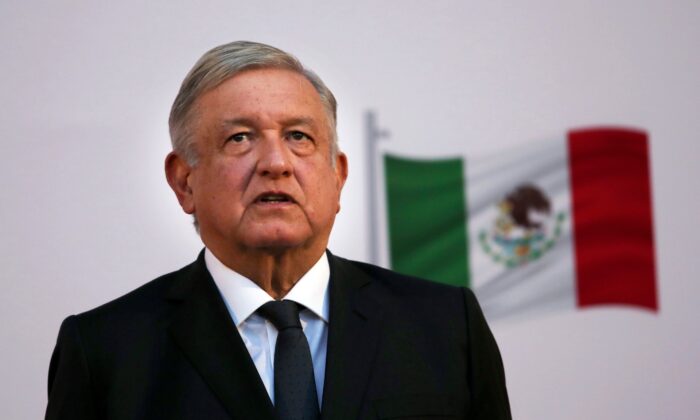 Updates on CCP Virus: Mexico’s President Knocks US Over Vaccines

López Obrador thanked India and Russia, which have each sent small amounts of vaccines, and China, whose firms have promised millions of doses.

López Obrador said, “I hope that soon I will be able to say thanks to the U.S. government, because I am sure they are going to help too, it is just that that haven’t done so so far.”

The Netherlands on Sunday joined a fast-growing list of countries suspending use of AstraZeneca’s COVID-19 vaccine after reports of unexpected possible side effects from the injection.

The vaccine will not be used until at least March 29 as a precaution, the Dutch government said in a statement.

The move, which follows a similar decision by Ireland earlier in the day, is based on reports from Denmark and Norway of possible serious side effects, the government said.

Three health workers in Norway who had recently received the vaccine were being treated in hospital for bleeding, blood clots, and a low count of blood platelets, Norwegian health authorities said on March 13.

Texas Gov. Greg Abbott said that the White House has refused to tell Texas officials how many illegal immigrants who have crossed the U.S.-Mexico border have tested positive for COVID-19.

When asked in a Fox News interview on Sunday about whether illegal immigrants are spreading the CCP (Chinese Communist Party) virus, which causes the COVID-19 disease, the Republican governor responded, “I have not seen any data about what the COVID rate is” while adding that agents have reported to his office that there are illegal immigrants coming across the border with the virus.

France must do everything to avoid a new lockdown as pressure on hospitals grows, Prime Minister Jean Castex said on Sunday as the country reported more than 26,000 new cases of the CCP (Chinese Communist Party) virus, commonly known as the novel coronavirus.

The French government has so far resisted pressure from some health experts to impose a new, third lockdown in the face of rising case numbers.

The French government has been relying on curfews for months—along with the long-term closures of restaurants and some other businesses—to try to avoid a costly new lockdown.

Ireland has temporarily suspended AstraZeneca’s CCP virus vaccine “out of an abundance of caution” on Sunday, after three health workers in Norway who had recently received the AstraZeneca vaccine were being treated in hospital for bleeding, blood clots, and a low count of blood platelets.

Italy’s northern region of Piedmont on Sunday said it would temporarily suspend AstraZeneca shots after a teacher from the town of Biella died following his vaccination on Saturday.

French Labour Minister Elizabeth Borne said on Sunday she had tested positive for the virus, the latest senior French official to catch the virus.

The 59-year-old, who is number eight in rank in the cabinet, said on Twitter that she was doing well despite having some symptoms. She added she would continue working.

Hungary reported a record-breaking day of new virus cases on Saturday, and the number of patients being treated in the country’s hospitals also reached a new high.

Health authorities announced 9,444 new confirmed cases, more than 1,000 more than the previous record set on Friday. The jump came amid a rapid spread of a coronavirus variant first discovered in the United Kingdom.

‘Big Burden’ for Schools Trying to Give Children Internet Access

When governments shut down schools in response to the pandemic, educators had to figure out how to get children online.

With federal relief money and assistance from state governments and philanthropists, they have helped millions of students get online for distance learning. Still, a year into the pandemic, millions of others remain without internet because of financial hurdles and logistical difficulties in getting students what they need.

Jack Phillips, The Associated Press, and Reuters contributed to this report