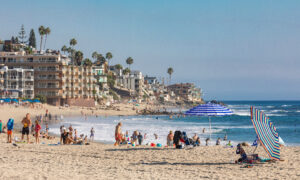 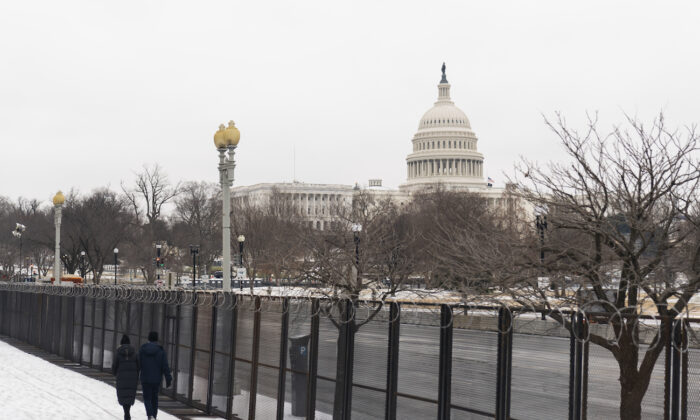 Buried on page 305 of the $1.9 trillion “American Rescue Plan Act of 2021” is a provision that awards federal employees with children as much as $21,000 for each household to stay home.

No similar specific provision is included in the bill for the millions of private-sector workers whose children are unable to return to their public schools.

The Food and Drug Administration (FDA) stated on Feb. 24 that Johnson & Johnson’s single-dose vaccine prevents COVID-19 and that the FDA will make a final authorization decision soon.

Johnson & Johnson has an ongoing study of 44,000 patients in South Africa, the United States, and several other countries, with seven deaths recorded among patients receiving a placebo—and none among those who got the vaccine.

“There were no specific safety concerns identified in subgroup analyses by age, race, ethnicity, medical comorbidities, or prior SARS-CoV-2 infection,” the FDA analysis stated.

A group of Republican representatives wrote on Tuesday to Health and Human Services (HHS) Deputy Inspector General Christi Grimm requesting an investigation into the National Institutes of Health’s (NIH) connection with the Wuhan Institute of Virology (WIV) in China.

The letter was prompted by an editorial published by The Washington Post questioning the role of the WIV research lab in the pandemic. The lab is partially funded with U.S. tax dollars.

The tax funds were made available to WIV through NIH subgrants from the nonprofit group EcoHealth Alliance.

“Mercia was loved immensely and will be missed greatly, as she joins the legion of angels who have gone home too soon due to the pandemic,” said Bowser in a statement.

Alaska Gov. Mike Dunleavy has tested positive for the CCP virus and is experiencing mild symptoms, his office announced Wednesday.

On Sunday, Dunleavy was identified as a close contact of someone who tested positive. He felt well and tested negative at the time but went into quarantine to reduce possible exposure to others.

Dunleavy felt well until Tuesday night, the statement said. A second test Wednesday morning confirmed he had the virus.

Italy’s total number of confirmed cases has risen to 2.8 million. With 318 more deaths, the death toll stands at 96,666. It is Europe’s second-highest confirmed death toll after Britain.

States Pass Their Own Virus Aid, Not Waiting on Washington

States not willing to wait for pandemic financial relief from the federal government have taken matters into their own hands.

Maryland and California recently approved help for small businesses, the poor, the jobless, and those needing child care. New Mexico and Pennsylvania are also funneling grants directly to cash-starved businesses.

The spending shows that many states have proved unexpectedly resilient during the pandemic. And it has provided fuel for critics who say they don’t need another massive infusion of cash from Congress.

New variants of the CCP virus risk a third wave of infections in Germany and the country must proceed with great care so that a new nationwide shutdown does not become necessary, Chancellor Angela Merkel told the Frankfurter Allgemeine Zeitung.

“Because of (variants), we are entering a new phase of the pandemic, from which a third wave may emerge,” Merkel said. “So we must proceed wisely and carefully so that a third wave does not necessitate a new complete shutdown throughout Germany.”

The Biden administration will deliver more than 25 million masks to community health centers, food pantries, and soup kitchens this spring as part of its battle against the CCP (Chinese Communist Party) virus pandemic, commonly referred to as the novel coronavirus, which causes the disease COVID-19, the White House said on Wednesday.

The government will deliver the masks to more than 1,300 community health centers and 60,000 food pantries and soup kitchens between March and May, the White House said, adding that they are expecting the masks to reach between 12 million and 15 million Americans.

Virus Survives on Fabrics for Maximum of 3 Days: UK Study

A new study in the UK has found viruses similar to the strain of the CCP virus that causes the disease COVID-19 can survive on several common fabrics used in the health industry and transmit to other surfaces for up to 72 hours.

The scientists’ study involved testing a model of a coronavirus with a very similar structure and survival pattern to that of the CCP virus, or SARS-CoV-2, by adding droplets on polyester, polycotton, and 100 percent cotton and then monitor the stability of the virus on the different fabric materials.

Mexican President Andrés Manuel López Obrador said Tuesday that his country is doing better than the United States in dealing with the CCP virus pandemic, even though Mexico’s per capita death rate is probably higher and the country has vaccinated less than one percent of its population.

López Obrador said Tuesday that comparing countries is in “bad taste,” but went on to say “the most powerful nation on earth, our neighbor, did worse than us.”

India warned on Wednesday that breaches of CCP virus protocols could worsen an infection surge in many states as the country announced an expansion of its vaccination program.

Nearly a month after the health minister declared that the virus had been contained, states such as Maharashtra in the west and Kerala in the south have reported a surge in cases. India’s infections are the second highest in the world at 11.03 million, swelled in the past 24 hours by 13,742, health ministry data shows.

Global airline industry body IATA said it would launch a CCP virus travel pass at the end of March, bringing into use a digital system for test results and vaccine certificates to facilitate international travel.

IATA said on Wednesday that it was essential that governments start issuing their citizens with digital vaccination certificates which can then feed into its travel pass.

Ghana received the world’s first delivery of CCP virus vaccines from the United Nations-backed COVAX initiative on Wednesday—the start of a program that has thus far fallen short of its goal of giving shots quickly to the world’s most vulnerable people.

The arrival of 600,000 doses of the AstraZeneca vaccine in the West African country marks the beginning of the largest vaccine procurement and supply operation in history, according to the World Health Organization and UNICEF. It is part of measures aimed at bringing the pandemic to an end and is the first time an in-demand vaccine has been delivered to poor countries during an ongoing outbreak.

North Dakota’s House of Representatives voted to pass a bill on Feb. 22 that will forbid future mask mandates in the state with a 50-44 vote, advancing the bill to the Senate.

Rep. Jeff Hoverson of Minot sponsored House Bill 1323 (pdf), which states, “A state or local elected official, the state, or a political subdivision of the state may not mandate an individual in this state [to] use a face mask, face shield, or other face covering.”

In addition, schools and businesses cannot require the “use of a face mask, shield, or covering a condition for entry, education, employment, or services.”

Germany Approves Home Tests to Ease Way out of Lockdown

Germany approved three CCP virus tests for home use as part of Health Minister Jens Spahn’s strategy to help Europe’s biggest economy emerge from a lockdown that has been in place since mid-December.

The infection rate in Germany fell steadily in the first weeks of the year but has stagnated in recent days, making it more less likely leaders will ease restrictions when they meet next week to consider lockdown rules that run to March 7.