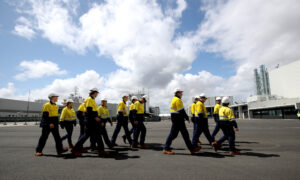 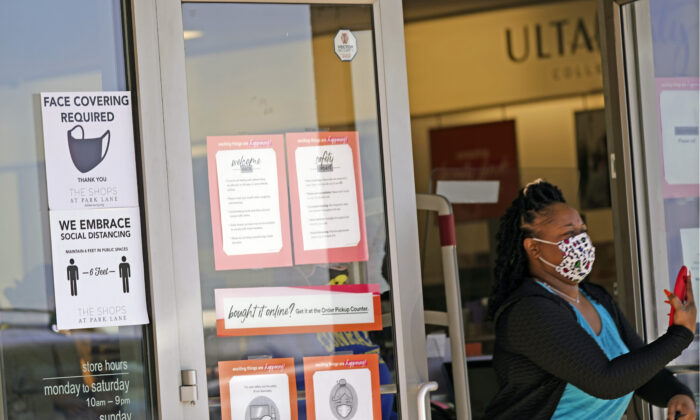 A customer exits a store with a mask required sign displayed in Dallas, Texas on March 2, 2021. (LM Otero/AP Photo)
WORLD

Most Small Businesses Not Requiring Tests or Vaccines for Employees

The vast majority of the nation’s small businesses have not required their employees to get COVID-19 vaccines or tests to return to work, although there were significant differences across sectors, a government survey shows.

The U.S. Census Bureau’s Small Business Pulse Survey, released last week and based on data collected from some 25,000 respondents from Feb. 15-21, sought to measure the impact on small businesses of changing operating conditions amid the COVID-19 outbreak, the disease caused by the CCP (Chinese Communist Party) virus.

Czechs Turns to Other Nations to Treat Patients

With hospitals in some parts of the Czech Republic filled up, the country turned to Germany and other European countries with a request for help.

The Czech Republic, one of the hardest-hit European Union countries, has been facing a surge of new cases attributed to a highly infectious CCP virus variant that is believed to originate in Britain.

Most downtown Toronto workers say they are comfortable returning to on-site work, according to a new survey.

The survey released Tuesday by research company Nanos says 64 percent of downtown Toronto workers are comfortable going back to work in the downtown area. Fifteen percent expressed feeling uncomfortable, and another 19 percent said they felt neutral about it, while 2 percent said they are unsure.

A Paris court is holding a hearing Wednesday in a class-action effort to hold French health authorities and companies accountable after thousands with the CCP virus died in nursing homes, and families were locked out and left in the dark about what was happening to their isolated loved ones.

The hearing Wednesday involves a special measure to demand access to documents or other material involving decisions at nursing homes. It is among many legal efforts around the mismanagement of the pandemic that are working through the French justice system. Others include manslaughter charges, or target top government ministers, but this could be one of the most far-reaching cases.

Japanese Prime Minister Yoshihide Suga said on Wednesday the government is considering a two-week extension of a state of emergency in the Tokyo area due to continuing pressure on the medical system from COVID-19 cases.

The government will hold an advisory board meeting on Friday to decide on extending the emergency beyond the March 7 deadline. Suga said a shortage of beds in the capital region and a slow decline in infections prompted him to consider the move.

Chicago Mayor Lori Lightfoot said Tuesday that the city’s bars and restaurants can boost capacity to 50 percent and stay open longer, the latest move to loosen COVID-19 restrictions in response to what she said was continued adherence to public health guidelines.

“We are further easing COVID-19 regulations on Chicago businesses,” Lightfoot said at a press conference. “Effective immediately, indoor capacity at bars, restaurants, and other businesses can increase to the lesser of 50 percent, or 50 people, per space,” she said, adding that bars and restaurants will now be able to stay open until 1 a.m.

President Joe Biden is directing states to prioritize vaccinating all teachers during the month of March, and announced that the federal government will help in the effort through its partnership with retail pharmacies.

Biden said his goal is for every pre-kindergarten through 12th grade educator, school staff member, and childcare worker to receive at least one shot by the end of March.

The first doses of the Oxford-AstraZeneca COVID-19 vaccine are set to arrive in Canada today as confusion persists over who should get it.

Canada is to receive 500,000 doses of the vaccine, the third approved for use in Canada, from the Serum Institute of India. But questions about who should receive the Oxford-AstraZeneca vaccine continue amid conflicting guidance about its use.

Tom Ozimek, Isaac Teo, The Canadian Press, Reuters, and The Associated Press contributed to this report.