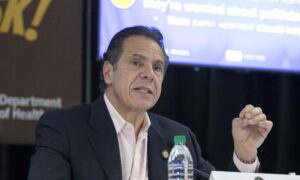 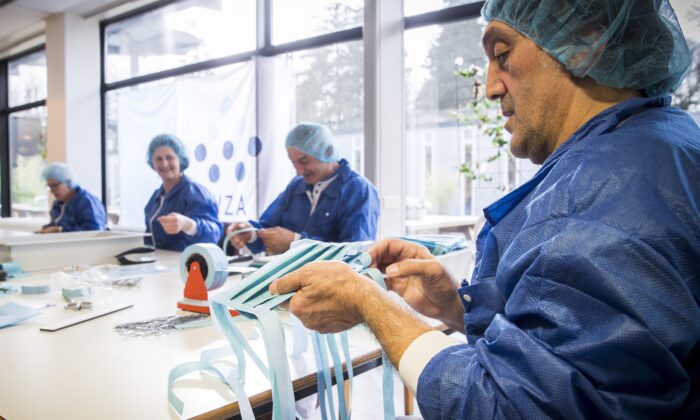 “It is with deep sorrow that I share the passing of our mother, Ms. Pauline Bowman. She battled Covid for many weeks before transitioning on Valentine’s Day,” Bowman said. “Our mother raised us to live our lives with love and joy with and for each other. I share her legacy with all of you.”

A number of lawmakers responded with their condolences.

Cases of the CCP virus are rising again in the Netherlands after weeks of decline as cases of the UK variant of the virus have come to predominate among new infections, health authorities said on Tuesday.

In its weekly update, the National Institute for Health (RIVM) said there were 25,229 new cases in the week through Feb. 16, slightly more than the week before. But fewer people were tested due to disruptions from a snowstorm and icy weather, and the percentage of suspected cases testing positive increased.

President Joe Biden is extending a ban on housing foreclosures to June 30 to help homeowners struggling during the CCP (Chinese Communist Party) virus pandemic, which causes the disease COVID-19.

The moratorium on foreclosures of federally guaranteed mortgages had been set to expire on March 31. Census Bureau figures show that almost 12 percent of homeowners with mortgages were late on their payments.

France reported 586 new COVID-19 deaths on Tuesday, down from 724 a week ago, while the seven-day moving average of deaths fell to 381, the first time the average was below 400 since late January.

The 586 deaths included 351 deaths in hospitals, from 412 on Monday, and 235 deaths in retirement homes over the past four days. The health ministry usually reports retirement home deaths on Tuesdays and Fridays.

New Zealand reported no new virus cases in the community for a second day, raising hopes a lockdown in Auckland will be lifted Wednesday.

The three-day lockdown of New Zealand’s largest city was the nation’s first in six months.

The Israel-based Dan David Foundation on Monday named the chief medical adviser as the winner of one of three prizes. It said he had earned the recognition over a lifetime of leadership on HIV research and AIDS relief, as well as his advocacy for vaccines against the CCP virus.

Two 11-week-old white tiger cubs that died in a Pakistani zoo on Jan. 30 appear to have died of the CCP virus, officials said.

The cubs died four days after beginning treatment for what officials thought was feline panleukopenia virus—a disease the zoo said is common in Pakistan and targets cats’ immune systems. A recent autopsy found the cubs’ lungs were badly damaged and they were suffering from severe infection. Pathologists concluded that they died from the CCP virus.

World Health Organization (WHO) adviser Jamie Metzl has said that the international body’s investigation into the origins of the CCP virus was in fact conducted by Chinese authorities.

The probe, which also considered whether the CCP virus could have accidentally leaked from the Wuhan Institute of Virology that had been studying coronavirus spread from bats to humans, was carried out by local authorities and not WHO investigators, Metzl told Fox News’ “The Ingraham Angle” on Feb. 10.

India has detected both the South African and Brazilian CCP virus variants and people returning from those countries may be tested more aggressively, health officials said on Tuesday.

The South African variant was detected in four people last month and the Brazilian variant in one person this month, they said, adding that the strains can more easily infect a person’s lungs than the UK mutation.

Two Australian states with the support of two of the country’s wealthiest men are pushing for purpose-built CCP virus quarantine facilities to be developed outside of Queensland’s and Victoria’s capital cities.

The move comes amid a push by the states for the federal government to take over the quarantine system after the Queensland government called for quarantine hubs to be set up away from the major cities.

UK Cases Fall Below 10,000 for First Time in Months

The number of people in the UK testing positive for COVID-19 has fallen below 10,000 a day for the first time since Oct. 2.

Government figures on Monday show that 9,765 people tested positive for the CCP virus, and infections have fallen sharply over the past few weeks from a high of 68,053. In addition to the fall in infections, the number of people hospitalized for COVID-19 and dying have also come down.