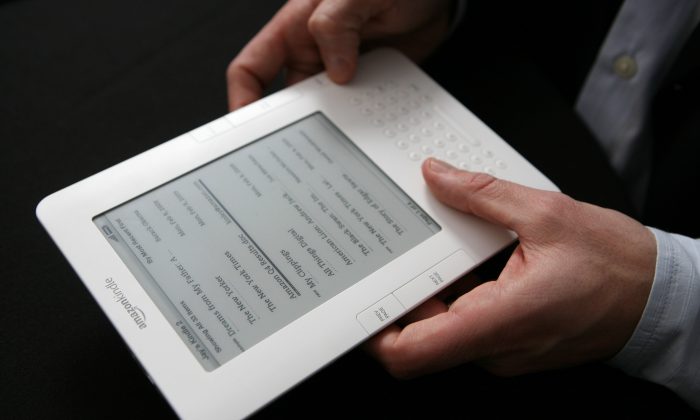 Update Your Kindle Before Tuesday or You’ll Get Knocked Offline

Kindle users are being warned to update their software or get kicked offline.

Not all Kindles are affected—only those made before 2013, such as the 1st, 2nd, and 5th generations.

Amazon sent out emails alerting users to the pending update, but many users have expressed confusion on what exactly to do, reported CBS.

People will still be able to update after the deadline, but it will be more difficult.

To update your device, connect to Wi-Fi then go to the menu.

Once there, select “sync and check for items.”

After the software updates, owners should get a letter titled “03-2016 successful update.” The letter can be found by sorting for the most recent items in the device’s library.

The deadline for the update is Tuesday.

Selfies Taken With Stolen Kindle Show up in Cloud

People will still be able to update after the deadline, but it will be more difficult, noted the Guardian.

Users will have to go to Amazon’s help page and find the software for their specific Kindle, and connect the Kindle to a computer in order to update via a USB cable.