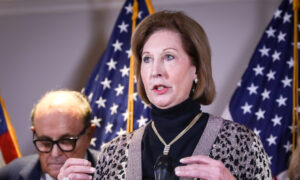 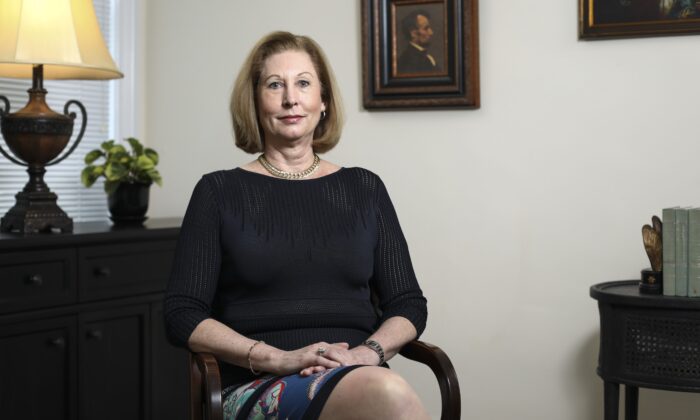 Sidney Powell, author of the bestseller "Licensed to Lie" and lead counsel in more than 500 appeals in the Fifth Circuit, in Washington on May 30, 2019. (Samira Bouaou/The Epoch Times)
2020 Election

Twitter appeared to unblock lawyer Sidney Powell’s website on Friday—coming after the social media giant prevented users from posting it or including the link in direct messages.

On Thursday, users noticed that when trying to post the link, defendingtherepublic.org, on Twitter, it prevented them from doing so, saying: “Something went wrong, but don’t fret—let’s give it another shot.”

“We can’t complete this request because this link has been identified by Twitter or our partners as being potentially harmful. Visit our Help Center to learn more,” the Twitter message said. It didn’t elaborate on why the website is “potentially harmful” and doesn’t identify who “our partners” might be.

When one clicked on a link to Powell’s website that was successfully posted, Twitter included a “warning: this link may be unsafe” message. “The link you are trying to access has been identified by Twitter or our partners as being potentially spammy or unsafe,” it added.

The San Francisco, California-based company hasn’t responded to a request for comment. It hasn’t publicly said why the link was blocked, and it didn’t provide a reason for why it was apparently unblocked.

Powell’s website included links to her lawsuits filed in Michigan and Georgia, alleging significant election fraud. It also features a way to donate to her fund.

“Defending the Republic was established by Sidney Powell to defend and to protect the integrity of elections in the United States,” the website reads. “Please contribute below, using our secure system. Your donation will support our mission and the welfare of the American Republic.”

Both Facebook and Twitter have faced backlash in recent weeks from conservatives who have said the tech giants are censoring or limiting the reach of topics that could be damaging to Democrat Joe Biden.