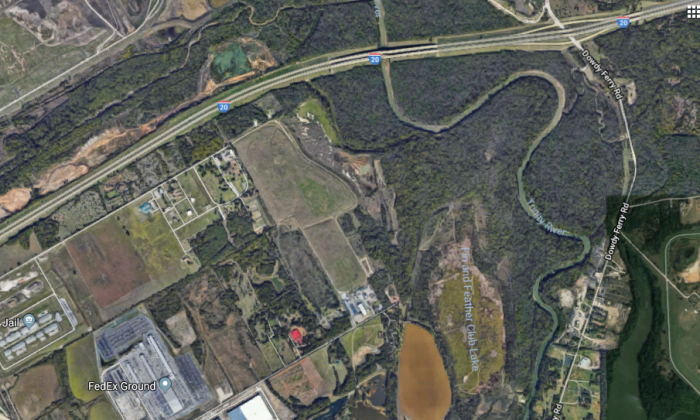 Update: Rescuers in Dallas Call Off Search for Car Reported Sinking in River

A search for a car reported to have gone missing in a Dallas, Texas, river has been called off after conditions became too dangerous for the rescue crew to continue.

According to the Dallas Morning News, the search had to be called off at about 1 p.m. on Wednesday, Feb. 21, after the water level rose too high.

One of the boats used by Dallas Fire-Rescue had engine trouble and another boat had to go out and rescue the stranded searchers, who clung to a tree while they waited to be rescued, according to Fox 4 affiliate, KDFW-TV.

Dallas Police said someone called 911 a little after 10 a.m. to report that a vehicle was in the Trinity River just east of Interstate 45 in Dallas, Fox 4 reported.

@DallasFireRes_q still searching on scene at Great Trinity Forest and the Trinity River after individual drove car into river. Reportedly went under and has not been seen since. https://t.co/85Cg2YK1nv pic.twitter.com/GX60Z0ayvQ

An employee of the city told Fox 4 that they saw a man in a small white vehicle go into the water and sink.

Dallas Fire-Rescue said someone reported seeing an upright vehicle in the water that later flipped and was swept away, radio station WBAP reported.

The search ended without rescuers finding the vehicle or the person who was reportedly in it.

He added that if the search resumes later, it will likely be a recovery operation and not a rescue.

Water rescue taking place in Trinity River off Loop 12 in Dallas (somewhere behind trees). No details yet. We’ll have the outcome on @CW33 NewsFix at 5. pic.twitter.com/wz9h24cIOT

Heavy rains hit northern Texas overnight. At the time the search was called off, the water level of the River at Dallas was 36 feet, about six feet above what is considered flooding, NBC 5 News reports.

As of 2 p.m. on Wednesday, a flood warning was in effect for the Trinity River at Dallas.

The water level in the river was predicted to rise on Wednesday night but fall down below flood levels by Thursday night.