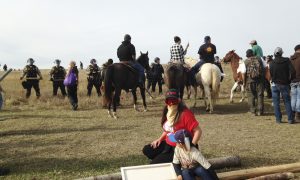 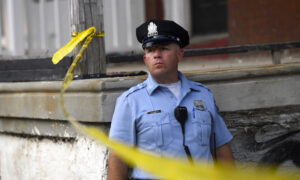 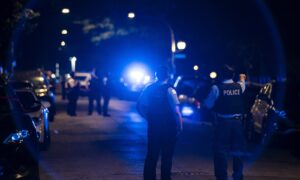 DHS Secretary: 'Criminal Mobs' Taking Over Cities Amid Spike in Violence
0
US News

It’s not clear what happened to the American flag that made headlines around the world for resisting the heavy winds of Hurricane Florence for many hours. But the owner of the Frying Pan Tower said that power was lost.

Hurricane Florence at that time had Category 2 winds in excess of 100 mph.

The flag is located on the Frying Pan Tower, a former Coast Guard light station turned off on the North Carolina coast. Earlier footage from the tower shows an American flag in shreds as it flies in the high winds. It’s not clear if the flag was taken down by Florence.

Richard Neal, the tower’s owner, wrote on Facebook that power at the tower went out.

“If you have been following the chatter it seems someone decided to name our flag ‘Kevin.’ Well, if so then Old Glory is Kevin. It is Paul, It is Nancy. It is Larry. It is Emily… Old Glory represents all of us as Americans. Together, WE are America and we decide to pick up, start again, and sew our tattered lives back together after the storms of life pass through! Let your actions show us all proud & together! Richard Neal (Note, power failed last night so this picture is from yesterday afternoon),” he wrote on Facebook.

Neal told the Charlotte Observer that some complained that the webcam showed the flag in tatters, so he remotely repositioned the camera to show another angle.

“Hey folks, the last time we were out we put up a new flag. With respect, we will retire and replace it next trip. We see the tears and know that good men and women fought for America and are honored to fly old glory! Please understand, this is a hurricane. We are not on the tower and can’t go outside and replace it yet. Be safe and smart, Richard,” he wrote on Facebook.

“A group of kids watching took to calling the flag ‘Kevin,’” Neal told the Charlotte Observer. “They wanted to know how Kevin is doing, if Kevin is going to make it.

“It was then that I realized that you can’t make everyone happy, so I moved the feedback to showing the flag again. Because even if it was against flag protocol, that flag represents who we are as America. We get beat up, battered during hard times, but we stay up, stay at it through the storm.”

At 1 p.m. on Sept. 14, Florence weakened to 75 mph winds, but it is still moving slowly and dumping several amounts of rain on the Carolinas, the National Hurricane Center said.

“Heavy rain has been occurring in and around Oriental, North Carolina, where 20.37 inches of rainfall has been measured thus far,” the agency stated.

North Carolina Gov. Roy Cooper said the hurricane was “wreaking havoc” on the coast and could wipe out entire communities as it makes its “violent grind across our state for days.” He called the rain an event that comes along only once every 1,000 years. “Hurricane Florence is powerful, slow and relentless,” he said. “It’s an uninvited brute who doesn’t want to leave,” according to The Associated Press.