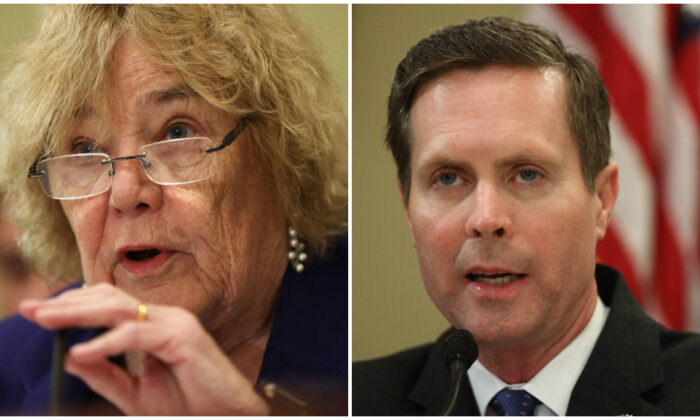 Letting Capitol Hill staffers organize in collective bargaining unions will be “unworkable” and “impractical,” and prompt “more dysfunction in Washington,” while undermining the independence of Congress, according to Rep. Rodney Davis (R-Ill.).

“Unions can, and do, play a significant role in assuring a fair working environment,” Davis said in his opening statement before a March 2 hearing of the House Committee on Administration, which is considering a Democratic proposal to allow congressional staff to form unions for collective bargaining on Capitol Hill workplace conditions.

Davis, the ranking Republican member of the committee, said he supports unions on Capitol Hill “where they make sense, such as the Capitol Hill Police or the Architect of the Capitol,” but unions among personal and committee staffs would be “unworkable” and “impractical.”

Hill staffers “already have some of the best benefits in the country,” he said, but “unions are simply not feasible for congressional offices, not only because most congressional staff already have the kind of benefits most unions fight for.”

Allowing staff unions would “lead to even more dysfunction in Washington,” Davis said. “This is a concept that could create numerous conflicts of interest and impact members’ constitutional responsibilities to the American people without the guarantee that any improvements in staff well-being would actually materialize.”

Staff unions were first authorized by the Congressional Accountability Act (CAA) of 1995, and while employees of congressional agencies such as the Library of Congress and U.S. Capitol Police were then able to form unions, personal and committee staffers weren’t subsequently authorized to do so.

Rep. Zoe Lofgren (D-Calif.), the administration committee chairman, told the hearing she voted for CAA on her first day as a freshman member of Congress in 1995, and that the measure was approved unanimously. She was referring to the “Contract with America” Congress elected in 1994 as the first in more than 40 years with Republican majorities in the Senate and House.

Congressional Institute President Mark Strand told the panel the proposal would undermine the independence of each member of Congress.

“The essential problem with unionization is that the union will share control over terms and conditions of employment with the elected representative that intersect at vital points with the ability of a member to represent his constituents,” Strand told the committee.

“The classic example is the right to discharge an employee. A lawmaker hires a legislative aide to assist with that member’s primary committee assignment. The aide performs adequately on most issues but develops a contentious relationship with committee staff, which, in turn, threatens the member’s ability to participate in the committee process.

“Is there just-cause to discharge the employee and hire someone who can get along with committee staff and thereby ensure the member’s legislative agenda is achieved? How do you prove that in some kind of grievance procedure?

“Do you get affidavits from committee staff? What if, while that process is going on, the committee is passing a comprehensive reauthorization that won’t occur again for another 10 years? How will the member explain to voters that internal staff disputes led to legislative failures but that member still deserves to be reelected.”

“Senators will no longer have the ability to structure and manage their staffs consistent with the unique needs of the states which they represent without first consulting with union representatives,” Byrd said, according to Strand.

“Senator Byrd was known to champion the rights of union employees so his opposition should give pause to anyone wanting to form congressional staff unions,” Strand said.

Testifying in favor of the proposal was John Uelmen, general counsel of the Office of Congressional Workplace Rights (OCWR), which would issue regulations for how a congressional union could function.

Uelmen said there are approximately 500 “employing offices” that would each become bargaining units.

“What this means, of course, is that because union organizing must take place at the employing office, it must be done separately within each member’s office or committee staff,” Uelmen told the hearing. “Can there be one bargaining unit to represent all House staffers? No, it is not possible to create one bargaining unit representing all or most House employees.”

On congressional committees, which typically have separate staffs for the majority and minority party members, Uelmen said “it is likely that there would have to be separate bargaining units based upon party affiliation.” Disputes about the appropriateness of bargaining units would be resolved by OCWR.

Asked during the questioning period by Davis about whether the OCWR has produced any guidance for union formation and bargaining, Uelmen said “that will be a challenge.” The general counsel then went on to acknowledge that “it’s very hard to predict how many petitions [to form bargaining units] we’re going to get.”

“It’s still going to be extremely difficult for a union to organize, and it’s going to be even more difficult to get a collective bargaining agreement,” he said.