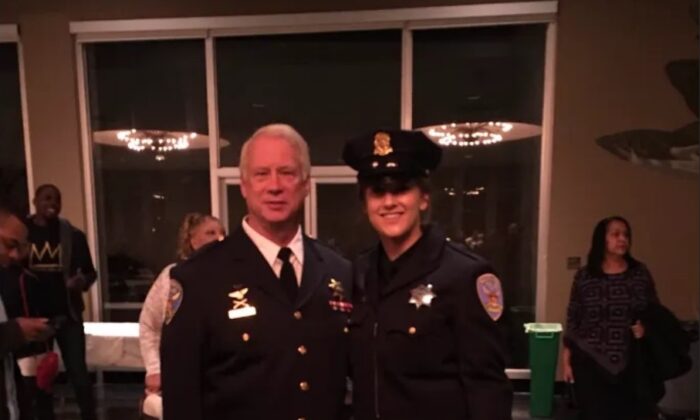 Tony Montoya, president of the San Francisco Police Officers Association, told NTD that there are 41 unvaccinated officers on paid administrative leave. Another 40 are on disability or Family and Medical leave and have yet to report their vaccination status.

The city had previously allowed its city employees to submit exemptions for the COVID-19 vaccine, which were approved. Later, however, the San Francisco Department of Public Health issued a health order requiring all city employees to be vaccinated by Oct. 13 or be relieved of their duties.

“DHR [Department of Human Resources] kind of bungled the situation from the onset, where they gave very strict timelines on when things were due,” Montoya said. “My members followed those guidelines, whether it was submitting an application [or] requesting an exemption. And the city has just thrown rules to the wind, and it just really made my members distrustful. It completely lacks transparency, and the members are like, ‘What rules are we supposed to follow?’ because it’s really unclear what the rules are at this stage.”

Representatives for DHR didn’t respond to a request for comment by press time.

“For some reason, we were told they would go under a secondary review process, and then we had to answer some additional questions, submit those by a deadline,” Alicia Worthington, a sergeant at the San Francisco Police Department, told NTD. “We received paperwork that stated that our exemptions were now denied.”

Worthington was born and raised in San Francisco, and this is her 20th year with the San Francisco Police Department (SFPD).

“It’s been really rough for all of us. I’ve been in contact with my colleagues who were impacted by the mandates and who are on leave, and we’re going through a lot of stress, a lot of heartache. We worked tirelessly through the pandemic. And just to undergo a complete 180, and to be yanked from duty and put on leave, is pretty heartbreaking,” Worthington said. “You’re just discarded like a piece of trash.”

Rebecca Schiff, an officer of three years at the SFPD, told NTD that some of the questions regarding exemption requests were combative.

“I’m a Roman Catholic. They asked questions like, ‘Well, the pope was for the vaccines, so what makes you so different?’” Schiff said. “Very abrasive questioning like that, about our religious beliefs.”

Those officers on leave aren’t allowed to work or volunteer during this time, despite the department’s lack of resources. Montoya said it had to restructure during the past month to compensate those on paid leave.

“They were pulling officers from admin positions, so people who had been doing paperwork for the last 20 years are now being pulled out to go on the street, which they have been doing prior to terminating us because they just don’t have enough people on the streets,” Schiff said. “They took trainers from the academy and put them back on the street. And then, they hired retired people to come into the academy to make up for the training that they otherwise don’t have.”

Schiff doesn’t think the new trainees will get the same training that she did. Her now-retired father, brother, and significant other are also officers.

“I’m never not going to be a police officer. It’s how I was raised. It’s how I see myself,” Schiff said. “You could put a crowd of people who all look exactly the same, and the only thing that’s different about the majority of us who do this work is that when something happens, everybody else ducks and runs—we’re running toward the danger.”

The status of those officers on paid leave beyond 30 days is still to be determined.

“The department is going through kind of an administrative hearing right now to make a determination whether or not those members will be put on unpaid leave status after 30 days,” Montoya said.

They’re requesting that the city rethink its position and present options other than vaccination.

“It’s a personal choice. But for the department to just have that kind of hard line … it really doesn’t show collaboration between the union and the city,” Montoya said. “They’ve just taken this one-size-fits-all approach, and it’ll be up to individual members to [decide] whether they want to seek any type of injunctive relief through the legal system.”

Montoya said the department is already short 400 officers and the mandate is adding to their deficit. Some of the police on leave are eligible for retirement. Some are considering employment elsewhere.

“San Francisco is always going to be my home, even if I end up somewhere else, out of state. I took great pride. I still have a lot of pride in my profession, what I did in my years of service,” Worthington said. “I’ve had some wonderful times, some great cases, things I can look back on, knowing that I really made a difference and I was impactful in what I did in serving my community.”