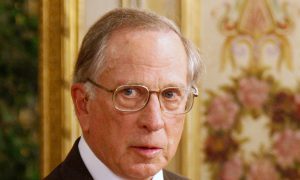 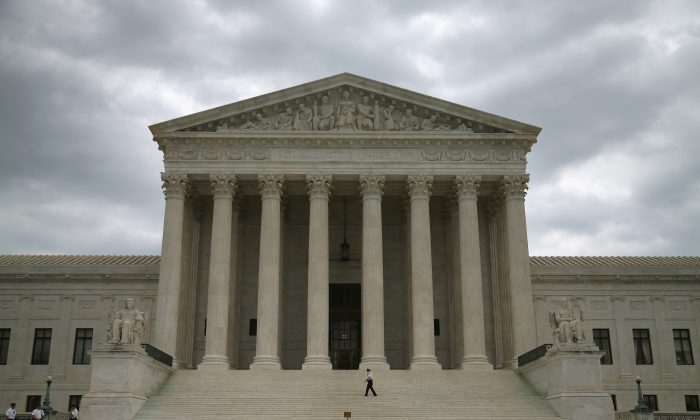 Unusual Terror Case Going to Trial in US Court in Virginia

RICHMOND, Va.—Hundreds of terror suspects have been tried in federal courts since the 2001 attacks, but a case unfolding in Virginia differs from most in at least one key respect.

Irek Hamidullin was a combatant captured on the battlefield — not a financier, recruiter or schemer arrested outside the theater of war, like so many of the terrorist suspects who have been tried by civilian courts instead of by the U.S. military.

The Russian military veteran is charged with leading a Taliban attack on U.S. forces in Afghanistan. He faces 15 counts, including providing material support to terrorism and trying to destroy U.S. military aircraft, in a trial scheduled to begin Thursday in U.S. District Court in Richmond. U.S. Attorney General Eric Holder chose not to seek the death penalty for a charge of using a weapon of mass destruction. Several of the charges are punishable by up to life in prison.

The case is one of the latest examples of the Obama administration’s effort to show it can use the criminal court system to deal with terror suspects — a move criticized by some Republican lawmakers who believe such cases should be handled by military tribunals. Hamidullin’s case stands out, however.

“This is one of the first trials in recent memory where an enemy fighter has been tried in federal court,” said Gary D. Solis, a former Marine who served as a military prosecutor and judge and now teaches the law of war at Georgetown University and George Washington University.

The case is perhaps most similar to that of John Walker Lindh, an American citizen who was captured in Afghanistan in December 2001 and pleaded guilty in a federal court in northern Virginia to fighting for the Taliban.

In 2006, Congress passed a law establishing military commissions to try enemy combatants, but Solis said that process has been slow and largely ineffective, with most of the handful of convictions being reversed on appeal.

Among those whose convictions by military commissions at Guantanamo Bay, Cuba, were tossed was Salim Hamdan, a former driver for Osama bin Laden, and David Hicks, an Australian accused of training with terrorist organizations and joining the same group as Lindh.

Both were convicted of providing material support for terrorism, a charge that appeals courts ruled were not international war crimes that can be considered by military commissions.

As a result of such setbacks, military commissions at the U.S. detention facility at Guantanamo “have ground to a halt” and are unlikely to produce any additional verdicts, Solis said.

U.S. District Judge Henry E. Hudson, who is presiding over Hamidullin’s case, has remarked on its extraordinary nature at preliminary hearings and in court filings.

“As defense counsel aptly pointed out, this case presents issues of war in a unique context,” Hudson wrote in one opinion. He said federal courts have dealt with legal issues involving conventional warfare, but Hamidullin’s case “explores the outer perimeter of the concept of enemy combatants and its width in the present conflict.”

In that July 13 opinion, Hudson rejected Hamidullin’s claim that he is a prisoner of war and therefore not subject to prosecution in civilian court. Hudson said the Taliban, which has not been recognized as the government of Afghanistan since 2001, and affiliated organizations lack a clearly defined command structure and don’t adhere to the laws and customs of war.

According to U.S. officials, Hamidullin is a Russian veteran of the Soviet war in Afghanistan who stayed in the country and joined the Haqqani Network, a Taliban-affiliated militant group. He allegedly led three groups of insurgents in a 2009 attack on Afghan border police in Khowst province.

When U.S. helicopters responded to the attack, prosecutors say, the insurgents tried to fire at them with anti-aircraft weapons, which malfunctioned. The insurgents were virtually wiped out, while the coalition forces sustained no casualties.

The government says that when coalition forces later tried to conduct a battle damage assessment, Hamidullin fired at them with a machine gun. Hamidullin was wounded by return fire and was captured and held at Bagram Air Force Base in Afghanistan until last year, when he was brought to the U.S. for trial.

Hudson has ruled that prosecutors cannot call Hamidullin a terrorist or say he was affiliated with “terrorist organizations.” They also are barred from mentioning bin Laden, although they will be allowed to mention the Sept. 11, 2001, terrorist attacks in explaining U.S. involvement in Afghanistan.