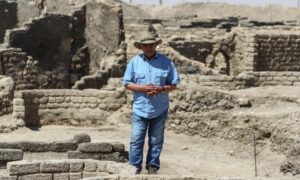 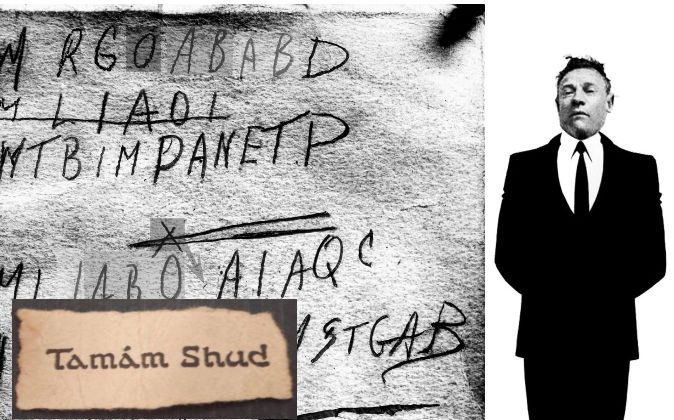 The corpse of a man whose identity is unknown and whose death is a great mystery and the two puzzling clues he left behind. (Wikimedia Commons)
archaeology

On Aug. 15, 1977, a 72-second radio signal from space stirred up the Search for Extra-Terrestrial Intelligence (SETI). Astronomer Jerry Ehman viewed the signal on a computer printout and wrote the word “Wow!” on the sheet, giving the signal the moniker it has today. The signal came from the Sagittarius constellation near the center of the galaxy.

Ehman recalled in an interview with Cleveland’s The Plain Dealer: “It was the most significant thing we had seen.”

The signal did not have any apparent meaning. It  was received by Ohio State University’s Big Ear radio observatory. It caused much excitement, but a similar transmission has not been discovered since, leading many to lose hope that it was an attempt by extraterrestrials to make contact.

The date of origin and other information about the Voynich Manuscript is open to debate, with some saying it was written in Central Europe in the 15th or 16th century. The manuscript displays writing in an unknown language, analysts have been unable to decipher it. The manuscript’s puzzling drawings depict a variety of scenes, from astral charts to “miniature female nudes, most with swelled abdomens, immersed or wading in fluids and oddly interacting with interconnecting tubes and capsules,” according to a Yale University Library description.

It also contains many pharmaceutical drawings of medicinal plants. Some say it is a book of magic or a scientific work.

The manuscript was named for Wilfrid M. Voynich, an antiquarian bookseller who acquired it in 1912.

Outside of the CIA headquarters is a copper sculpture covered in code. It was created by Jim Sanborn in 1990, and decades later part of it remains undeciphered. Three of the four puzzles have been solved, and Sanborn is impatient for someone to figure out the fourth.

“I assumed the code would be cracked in a fairly short time,” he told the New York Times in 2010. He’s given a hint to help ambitious code-breakers along: The characters that are the 64th through 69th in the final series on the sculpture read NYPVTT. When deciphered, they read BERLIN.

The deciphered third passage recounts Egyptologist Howard Carter’s discovery of King Tut’s tomb (The misspelling in the passage is intentional): “Slowly, desparatly slowly, the remains of passage debris that encumbered the lower part of the doorway was removed. With trembling hands I made a tiny breach in the upper left-hand corner. And then, widening the hole a little, I inserted the candle and peered in. The hot air escaping from the chamber caused the flame to flicker, but presently details of the room within emerged from the mist. x Can you see anything? q”

Could it be directions to the Holy Grail? That’s the rumor surrounding the baffling markings on the Shepherd’s Monument.

It is estimated that the monument has been standing at the Shugborough estate  in Staffordshire, England, since 1750. The arched structure was designed by Thomas Wright and James Stuart. Peter Scheemakers carved a relief in the monument derived from a painting by Baroque artist Nicolas Poussin.

The most mysterious part is the inscription on the pedestal. It reads: O.U.O.S.V.A.V.V, with a D and M on either side, below the other letters. Poussin was said to know the location of the Holy Grail, so the use of his painting adds to the mystique of this monument.

The Shugborough relief, adapted from Nicolas Poussin’s second version of The Shepherds of Arcadia. (Wikimedia Commons)

In 1948, an exceptionally athletic man wearing a neat suit and well-polished shoes was found dead on Somerton Beach in Australia. In a hidden pocket in the waistband of his trousers was a rolled up piece of paper that had been torn out of a Persian poetry book called the “Rubaiyat of Omar Khayyam.” The piece of paper read, “Tamam Shud,” which translates as  “It has ended.” The story is told in detail by Mike Dash of Smithsonian.com.

The man had no identification on him and to this day he and his death and the strange little slip of paper in his pocket remain a mystery.

Even the cause of death could not be determined. Witnesses had seen him alive lying on the beach hours before his death and assumed he was drunk from the few movements he made. Investigators guessed that he had been poisoned, but no traces of poison could be found in his body. It is possible, some said, that a very rare type of poison that decomposes in the body after it has been used may have been at work.

The book from which the paper had been torn was found and under ultraviolet light a code could be seen inscribed inside. Naval intelligence and other professional and amateur code-breakers have tried to crack it, but without success.

Six slabs of granite stand tall in the rural south, inscribed with four ancient languages: Babylonian cuneiform, classical Greek, Sanskrit, and Egyptian hieroglyphics. The slabs themselves are of modern design, though the identity of the person who commissioned them has been deliberately kept secret and the meaning of the inscriptions has been much debated.

When translated, the slabs’ inscription declares: “Let these be Guidestones to an Age of Reason.” Ten guidelines are given.

The person who commissioned the slabs in 1979 is known only by the name R.C. Christian. The only person alive who knows anything about R.C. Christian is retired banker Wyatt Martin, who vows to keep the secret as Christian wished it.

Read more about the Georgia Guidestones: “Slabs of Granite in Rural America Give 10 New Commandments”