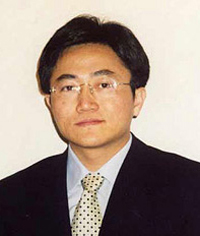 A United States citizen named Dr. Charles Lee was detained and imprisoned upon exiting an airplane at the Baiyun airport, in Guangzhou, China on Jan. 22, 2003. He was then transferred approximately 1,000 miles away to the Yangzhou Detention Center in Jiangsu Province. He had committed no crime, and had a U.S. passport as well as a visa issued by China on his person when he was arrested.

Dr. Lee, who is a Falun Gong practitioner, has been held for almost three years at a jail in Nanjing, China. This article is the first in a series of three articles published by The Epoch Times regarding the Chinese government's detention and imprisonment of Dr. Charles Lee.

Dr. Charles Lee was born in Jiangsu province, in China. After receiving a medical degree in China, Dr. Lee came to the United States, and began graduate study in 1991 at the University of Illinois at Urbana-Champaign on a full scholarship. He graduated in 1995 with a Master's degree in Physiology, and then went to Harvard to do research. Later, he moved to Menlo Park, California, where he ran a business.

In California, Dr. Lee met Yeongching Foo, who would become his fiancée. Ms. Foo says that Dr. Lee is “a very kind person who always helps me when I have difficulties. He always looks into himself and tries to become a better person following the principles of truthfulness, compassion, and forbearance.” Ms. Foo also says that Dr. Lee “is a loving and caring person.”

Ms. Foo, who also practices Falun Gong, states, “People all over the world know that Falun Gong is good and that this persecution is evil. People can see through the lies and the propaganda for themselves. Even in China, the government and the people know in their hearts that the persecution is wrong and cannot last. How long can people with ulterior motives cover up the truth?”

Falun Gong is a form of meditation and exercise that was introduced in China in 1992. It soon attracted as many as 100 million people in the next few years. In 1999, the Chinese communist government outlawed Falun Gong because of its fear of losing power. It was during this time that Dr. Charles Lee began to practice Falun Gong.

Dr. Sherry Zhang, founder of the organization “Friends of Charles Lee,” says, “In China, the Chinese communist regime has utilized the media to defame Falun Gong in order to incite people's hatred toward Falun Gong. Innocent people are misled by the propaganda. Charles Lee was very concerned with this.” Dr. Zhang went on to say, “In order to allow the general public in China to learn the truth of the persecution encountered by Falun Gong in China, so that they would not be deceived by those lies, he went to China to expose the facts and tell people that practitioners who follow the principles of Truthfulness-Compassion-Tolerance are being persecuted and killed in China.”

According to all reports, however, Dr. Charles Lee was arrested as soon as he deplaned at the Baiyun airport. However, according to an appeal letter written in his own defense, Dr. Lee states that the People's Procurate of Yangzhou charged that he “attempted to sabotage radio TV facilities and to endanger public safety.”

According to the Falun Dafa Information Center, Dr. Lee denied the charges when talking with a U.S. consulate official. He told the U.S. official that he believes Chinese officials are treating him like a political prisoner because he practices Falun Gong.

Since Dr. Lee's departure to China, the only communication with his fiancée and family has been through the U.S. State Department. The Chinese government has continued to detain Dr. Charles Lee.

In a letter that Dr. Lee later sent from a Nanjing prison, he stated that he never harbored any intention to violate Chinese law. According to Dr. Lee, he only wished to tell the Chinese people the truth about what was happening to Falun Gong practitioners in China. In the letter, Dr. Lee also quoted Dr. Martin Luther King, stating that injustice anywhere is a threat to justice everywhere.

In the next article of this three-part series, we will continue the story with Dr. Lee's experiences in a Chinese court and jail.