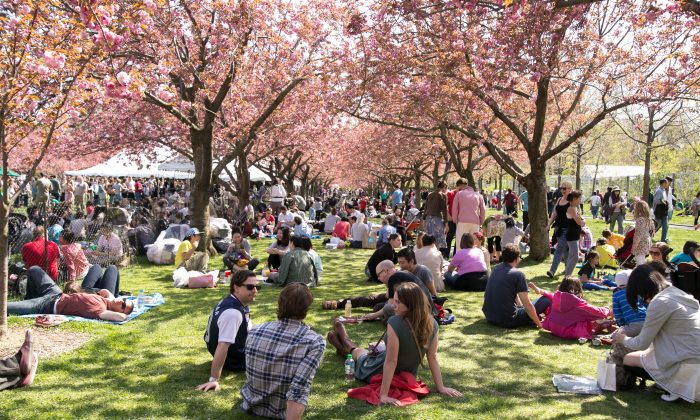 For those who were in Florida for the past six months, the winter in New York City was, in a word, obnoxious. Record-setting cold the likes of which the city hasn’t seen since the 19th century was buffered by long, dark, snow-filled days. Frozen trash in suspended motion in the city’s gutters was just a bonus.

It was the kind of season of pain that you wouldn’t wish on your worst enemy. The only upside was that most pesky bugs were probably obliterated from the cityscape and criminals found it harder to get up and go to work in the morning. Before you stop reading, that second statement can be backed up by statistics.

Back in March, the NYPD released crime statistics for January and February that showed a sharp drop in crime. Murders were down 19 percent, shootings were down 13 percent, and rape, robbery, burglary, and grand larceny were also down. Only assault and car theft went up. Though the new police commissioner touted the decrease and said the weather could be a factor, Mother Nature should probably get more credit.

Think about it—no criminal in their right mind (metaphorically speaking) would want to go out to the depths of Central Park to mug some lady for her purse when a polar vortex has its icy fingers around the city’s throat. If it’s 5 degrees out with a wind chill below zero, only two good options are left for a depraved thief: car theft or assault in pursuit of a down jacket.

Luckily for New Yorkers of all stripes, the promise of spring is finally upon us. The ice is gone from the rivers, small buds are beginning to appear on trees, and the Brooklyn Botanical Garden’s cherry blossoms are about to bloom.

The annual viewing of cherry blossoms is a national pastime in Japan where the pink flowers called sakura come from. Entire office staffs play hooky from desk jobs and put blankets out in parks throughout the country to enjoy picnics and beer. People sing, dance, and stroll through the pink landscape. It all lasts for a couple of fleeting weeks until the blossoms begin to fade.

New York City’s version of the cherry blossom party can be found at the Brooklyn Botanical Garden. The park expects its trees to start blooming sometime this week. Then there’s a party. On April 26 and 27, the park hosts all-day festivities that include Japanese flower arranging, Samurai sword fighting, manga, kimono, taiko drums, live music, and more.

The highlight, of course, is viewing the blossoms, and the garden offers tours during the festival.

In New York City, the blossoms herald the beginning of warmer days, but hopefully not a return to more muggings and murders. In Japan, the symbolism of the cherry blossom is that beauty and life are fleeting and should be treasured for as long as they last.