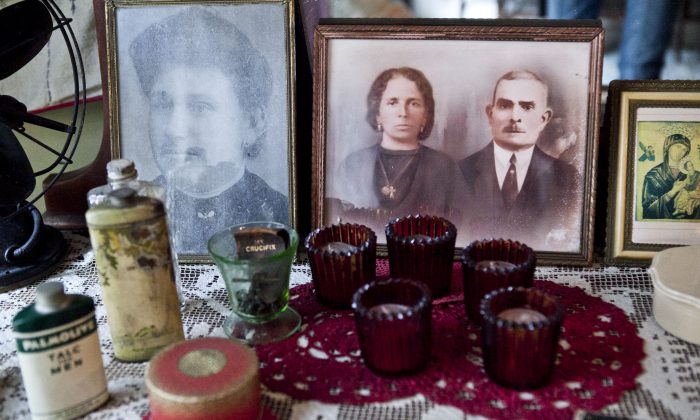 Details from one of the rooms in the Tenement Museum in New York, Aug. 13, 2013. (Samira Bouaou/Epoch Times)
News

If we think of history as a river, the past is obviously difficult to see—even harder to see is how things keep repeating. Take immigration, for example. Many of the same points that we debate today were argued over 100 years ago, even 150 years ago.

Debates over health care, education, integration, communication, xenophobia, and the ability to absorb immigrant populations have always raged in public and political life.

So, it seems that America is one big ongoing immigration experiment. New York City is a microcosm of that experiment. It always has been.

There is one place in Manhattan’s Lower East Side where people can thankfully get a layman’s education of this particular history and its ongoing experimental nature. The Tenement Museum, at 103 Orchard St., is a treasure trove of books and information about the city’s immigrant history.

A free documentary film plays continuously in a back screening room of the museum’s bookstore, delving into the city’s rich stories of the struggles and contributions of Sicilians, Russians, Chinese, Puerto Ricans, and on and on.

An important point one of the film’s experts makes is that there has never been a “comfortable” moment in American immigration. Whether it was the struggles of the working-class Irish, Polish, and Russians, or anti-Semitic and anti-Chinese sentiments, there has always been conflict.

The Lower East Side encapsulated that conflict so well because at one point it was one of the most densely populated places in the world. It was also at one time the third-largest German-speaking population in the world after Berlin and Vienna.

That area’s history—struggle to survive, poor living conditions, and difficulty finding work—can still be found today among other immigrant populations.

Thankfully, the Tenement Museum found ways to become educated about the past. Aside from its bookstore that teems with dozens and dozens of books about every imaginable topic in the history of New York City, it also runs neighborhood-walking tours and look inside a tenement building that was home to thousands of immigrants over the span of many years.

There is also a recurring feature known as Tenement Talks, a mostly free series of evening lectures, readings, panel discussions, films, and more that give historical and contemporary perspectives on the city.

It’s become one of my favorite places to escape from the hustle and bustle of the city, browse great books, and slip into the screening room to watch the film and see photos and film from the past.

It doesn’t matter how many times you see it—it’s always relevant to be reminded that where we are today isn’t too far from where we started.