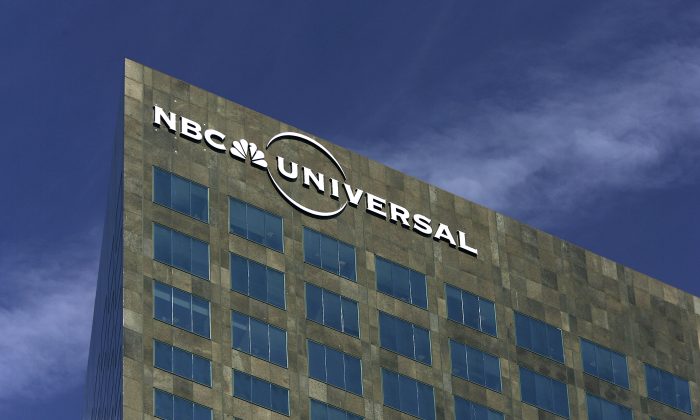 The NBC Universal logo is seen on its headquarters building in Los Angeles, Calif., in a file photograph. (David McNew/Getty Images)
Thinking About China

Unraveling the Ties Between NBC and the Chinese Regime 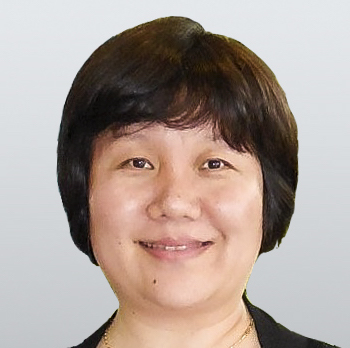 The outbreak of the Chinese Communist Party (CCP) virus, commonly referred to as the novel coronavirus, over the past few months has highlighted the close relationships that many Western companies have with Beijing. Among the American companies with close ties to the Chinese communist regime is NBC Universal.

Below is a brief overview of the relationship between NBC and the Chinese regime.

On March 14, NBC News published a commentary titled, “Coronavirus in China kept me under quarantine. I felt safer there than back in the U.S.” It was written by Tony Perman, an American music professor who recently traveled to Shanghai with his family on vacation. He praised the Communist authorities’ virus prevention measures and belittled the U.S. government. “We left Shanghai as the city was showing signs of flickering optimism. New cases were rare. Life was returning to normal,” the professor wrote. “We entered the U.S. as a country in panic … it is clear that the government can’t stop the spread.”

On March 16, the Washington Examiner published Becket Adams’ rebuttal to the NBC story, criticizing NBC News for parroting the Chinese regime’s propaganda. He said of Perman: “He is not a healthcare professional. He is not a crisis management expert. He is not even a government worker. He is just a guy who saw what he was allowed to see as a tourist in China.”

“Yet, for whatever reason, one of the largest and most powerful media groups in the United States has given him a platform to praise the government that caused this crisis and to criticize the U.S. based on his very limited experiences in a notoriously secretive and controlling one-party state. Absent from the article are mentions of China’s initial attempts to cover up the pandemic or the arrests of whistleblowers who tried to warn the international community about the outbreak,” Adams wrote.

Adams believes that this is the biggest help the Chinese Communist Party can get from U.S. news outlets and media. “This sort of thing has become par for the course for our supposedly free press, which has taken to criticizing U.S. incompetence while praising China’s supposed expertise and proficiency amid the COVID-19 outbreak.”

On Nov. 23, 2010, Chinese state-run media Xinhua and NBC signed a memorandum of cooperation in New York, confirming that the two sides established a business cooperation in international broadcast news.

According to the memorandum, China Xinhua News Network and NBC will conduct extensive and in-depth cooperation in the collection, production, and broadcast of TV news content and personnel training. According to the CCP’s official media, this was the latest market expansion effort taken by the Xinhua at the time.

Steve Capus, then-president of NBC News, said at the signing ceremony that NBC values its partnership with Xinhua and hopes to strengthen cooperation and common development.

On Feb. 18, 2020, the U.S. State Department listed Xinhua and five other Chinese state-run media outlets in the United States as “foreign missions,” identifying them as operations of the Chinese regime and not independent news organizations.

In 2001, NBC Universal Media, LLC began plans to build a theme park in China. After years of contact and negotiation with the Chinese regime, it was finally approved by China’s State Council in September 2014. The project, called Universal Beijing Resort, is located in Tongzhou District and covers an area of 400 hectares. The first phase of the project covers an area of about 170 hectares. Construction began in 2019 and is expected to be completed in May 2021. It will be the world’s largest Universal Studios resort.

According to mainland Chinese media, Universal Beijing Resort will achieve full coverage of 5G networks. On Oct. 17, 2019, Alibaba Group and Universal Beijing Resort reached a strategic cooperation, which will widely use facial recognition technology in the area, and jointly create a digital benchmark for the global theme park industry, allowing visitors to “scan their faces and enjoy the park.”

In recent years, the CCP has vigorously developed the use of high-tech and big data to monitor people. This resort area may become a test site for comprehensive monitoring of tourists.

Other Cooperation and Interaction Between NBC and the CCP

For example, before the 2008 Beijing Olympics, China Mobile and NBC signed a memorandum of strategic cooperation for the Olympic Games to fully support NBC’s Olympics broadcast coverage.

On Oct. 22, 2015, NBC Universal and the Chinese tech company Baidu deepened their strategic cooperation on Baidu’s iQIYI video network platform and reached a new agreement. NBC will continue to license iQIYI’s large-scale movie content. On March 29, 2018, iQIYI was listed on NASDAQ in the United States, and launched a large advertisement in Times Square, New York City to celebrate its listing.

On Feb. 11, 2020, Huang Ping, the consul general of the Chinese consulate in New York City, visited the headquarters of NBC Sports Group in Stanford, Connecticut, saying, “I hope that NBC will show the world the rapid development of China again by broadcasting the Winter Olympics.” NBC has the exclusive U.S. broadcast rights for airing the Beijing 2022 Winter Olympics.

The Chinese communist regime strictly controls media reports, film and television production, and broadcasting within its borders; the cultural and sports events presented by the regime are often a facade hiding its human rights violations. Therefore, the “window” that the CCP allows NBC to see through cannot reflect the real situation in mainland China.

On Aug. 27, 2019, the Wall Street Journal published a commentary article titled “NBC News Smears a Competitor” by Stephen Gregory, publisher of The Epoch Times in the United States. This article responds to a series of irresponsible and misleading attacks launched by NBC News and its sister channel MSNBC against The Epoch Times.

Gregory pointed out that NBC’s report was full of inaccurate information, even obvious errors and distorted facts. For example, NBC claimed The Epoch Times’ subscription advertisements were in fact ads promoting President Donald Trump. In June 2019, The Epoch Times published a response to questions asked by its reporters. But NBC chose to ignore basic facts and deliberately misrepresented The Epoch Times in its report.

In addition, NBC also slandered the meditation practice of Falun Gong in the article. Although its report mentioned the CCP’s persecution of Falun Gong practitioners, it downplayed the human rights abuses. In response, the Falun Dafa Information Center pointed out that NBC’s actions are consistent with the CCP’s intention to discredit Falun Gong.

China’s state-run Global Times immediately followed up on the NBC report with an article that parroted much of the content, and gloated over NBC discrediting Falun Gong.

On Aug. 20, 2019, The Epoch Times issued a statement: “The reality is that NBC News is inadvertently lending legitimacy to China’s ruling regime at a time when it is cracking down on its own citizens in Hong Kong.”

The statement urged NBC to cherish the freedom of the press, freedom of expression, and freedom of belief in American society, and to not endorse the CCP nor act as its mouthpiece.

In 2020, a pandemic is sweeping the globe. The Chinese Communist authorities concealed information in the early stages, delayed prevention and control, and since then have been manipulating the data and blocking real information, which has caused the tragedy of a worldwide pandemic and numerous deaths. This could have been prevented.

In such international health emergencies, the media should try their best to reveal the truth, monitor government departments, and provide objective and transparent information to the general public. If some international media are constrained by their desire to seek benefits from the CCP, they may cooperate with it and release one-sided information, give a false picture of the CCP, or even attack principled individuals or groups. Such news organizations are no different than the CCP’s own propaganda outlets.

Defending against dangerous viruses requires good hygiene and medical care. In addition, one needs to act with integrity and have an upright conscience.

Tian Yun
Follow
Tian Yun, M.A., specializes in education management and historical-cultural research. She has published articles on China-related current affairs in The Epoch Times since 2018.