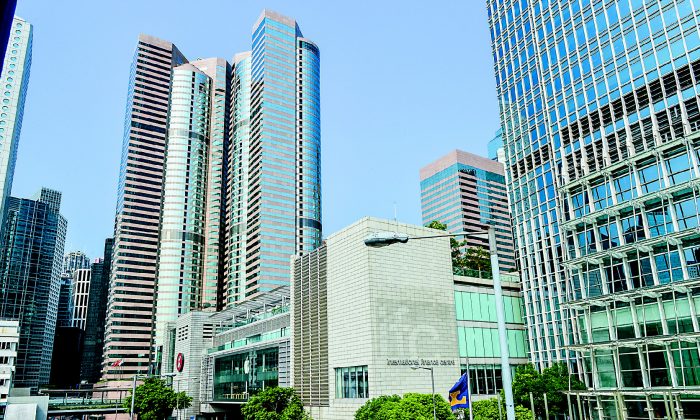 A mysterious crash in an obscure corner of the Hong Kong Stock Exchange (HKEX) has elicited regulatory scrutiny, fanned rumors of conspiracy, and renewed calls for changes in the city’s financial markets.

Over a period of two days in late June, a handful of small-cap stocks fell dramatically, wiping out around $6 billion in market value. The hardest hit stock was down more than 90 percent intraday and 13 stocks fell at least 50 percent on June 27.

Although the impact from the sudden crash was isolated, the decline has hit hard Hong Kong’s small-cap exchange Growth Enterprise Market (GEM). As of July 7, the S&P/HKEX GEM index was down 21 percent since Jan. 1 and 11 percent since June 26.

The recent crash in Hong Kong small caps underscores the reputation for wild swings at the HKEX and its subsidiary GEM. Although HKEX is producing solid returns this year—the Hang Seng Index is up 15 percent—some individual stocks have experienced high volatility.

For instance, China Huishan Dairy Holdings Co., one of China’s biggest dairy producers listed in Hong Kong, saw its stock drop more than 85 percent in one day in late March, prompting the exchange to suspend trading of its stock.

But there’s something unsettling about the nature of the two-day market crash in late June.

A dozen of the stocks that experienced catastrophic crashes on June 27 and 28 were all part of a group of companies called out by Hong Kong-based independent stock analyst and gadfly investor David Webb.

Webb says they are part of what he calls “The Enigma Network,” a web of 50 Hong Kong-listed companies with significant cross-ownership. Webb, a former board member of HKEX, urged investors in May not to purchase stocks from these companies due to their opaque structures and balance sheet disclosures.

Companies within The Enigma Network hold stakes in each other, from less than 1 percent to more than 50 percent. The companies in the group span multiple industries across real estate, finance, and consumer products, including umbrella maker China Jicheng Holdings Ltd. and GreaterChina Professional Services Ltd., the pending owner of English football club Hull City AFC. Both Jicheng and GreaterChina saw their shares sink more than 90 percent during the June crash.

Webb, who has studied Hong Kong stocks extensively, first suspected the correlation and began to connect the dots after noticing balance sheet disclosures of “financial assets” with no additional detail at numerous companies.

The picture came more into focus as these companies increased their financial disclosures after Webb “began filing complaints with the Stock Exchange that the for-profit regulator had failed to enforce a listing rule which requires annual and interim reports to disclose ‘significant investments held, their performance during the financial year, and their future prospects,'” according to Webb-site Reports.

The cross-holding was confirmed after one of the Enigma companies, Amco United, a medical device maker, issued a profit warning on June 28 to investors that a “substantial loss” is expected in the first half of 2017 due to its ownership in other listed securities.

This has also caught the attention of regulators. According to Bloomberg, Hong Kong’s Securities & Futures Commission (SFC) said the affected stocks “tended to have characteristics that can be conducive to extreme volatility and to market misconduct: multiple relationships between different companies and listed brokerage firms, high shareholding concentrations, thin turnover, and small public floats.”

The securities regulator did not confirm or deny whether there’s an investigation into the June crash.

A common thread among a few of the biggest decliners appeared to be Lerado Financial Group Co., a Hong Kong-based securities brokerage that’s currently under regulatory investigation. Lerado on June 27 disclosed that it had sold 1.48 billion shares of Jicheng—no doubt contributing to Jicheng’s crash on the same day.

Lerado itself has been under scrutiny. Its shares were suspended from trading beginning June 6, on allegations that a company circular dated Oct. 26, 2015, included “materially false, incomplete or misleading information,” according to SFC.

In Lerado’s 2015 document, the company disclosed fundraising plans to expand the margin lending business of its subsidiary Black Marble, which had planned to underwrite a share placement for GreaterChina and an open offer for China Investment & Finance Group Ltd., according to analysis website TheStreet.

HKEX and GEM market turbulence could be linked to the ongoing regulatory overhaul within China’s financial sector.

An obvious theory for the crash of these stocks is that the owner of Lerado—whose shares have been suspended from trading—needed to raise money to meet a margin call or some other obligation, and the only way to do so was to dump the shares of Lerado’s underlying investment holdings.

Other theories abound. One hypothesis—proposed by a South China Morning Post columnist—suggests the crash was orchestrated by a pyramid scheme in mainland China linked to Hong Kong penny stocks.

The HKEX and GEM market turbulence could be linked to the ongoing regulatory overhaul within China’s financial sector. The activities of some of China’s biggest overseas acquirers have recently been curtailed and a few influential financial and regulatory leaders were placed under investigation by anti-corruption watchdogs.

David Chung Wai Yip, chairman of GreaterChina, was arrested on April 20 by Hong Kong Independent Commission Against Corruption, according to a statement by the company.

Regulatory clampdowns on mainland Chinese stockbrokers could also have contributed to the Hong Kong volatility. “As capital was tightened up, some stock dealers might demand more money from clients because of limited supply. It ended up that one company didn’t get enough capital, resulting in a domino effect,” Zhiwei Zhang of Prudential Brokerage Ltd. told The Epoch Times.

Zhang also saw a connection between the investigation and Chinese leader Xi Jinping’s crackdown on outbound capital flows. He said on June 28: “It could be that they want to tidy up the stock market before July 1 [the anniversary of Hong Kong handover] … and also to crack down on the disloyal and corrupt guys; that’s another possibility.”

In particular, small-cap exchanges such as Hong Kong-based GEM, U.S.-based OTC Markets, and London-based AIM have long been criticized for being a haven for unvetted, often fraudulent companies.

For example, HKEX and GEM could use better rules to combat shell companies, whose stock could jump on expectations they will be acquired by Chinese firms for backdoor listing—acquiring an existing Hong Kong-listed entity to circumvent stringent filing and disclosure requirements. Such stock gains are purely speculative and not grounded in economic fundamentals.

There’s evidence authorities are about to take action. HKEX recently proposed a review of GEM and changes to stock listing requirements, according to a notice to seek public comment filed June 16.

The proposals, among other changes, seek to address critical issues related to “quality and performance of applicants to, and listed issuers, on GEM.”