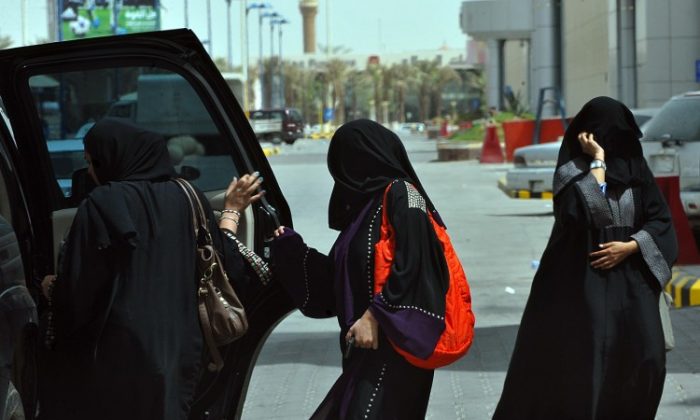 WASHINGTON—When Manal al-Sharif posted a YouTube video of herself driving a car in Saudi Arabia last year, she was accompanied by her brother and wearing all the right things for a Saudi woman venturing out—a hijab head covering, and an abaya, a full black cloak.

A day later she was hauled into a police station because of that video, held for six hours and released, only to be rearrested and sent to a correctional facility.

Al-Sharif had learned to drive on vacation in America and her crime was to drive in her hometown Al–Khober, and encourage other women.

Women are not allowed to drive in the kingdom of Saudi Arabia, a ruling that joins a long list of discriminatory Saudi laws. They include restrictions on gaining a passport or travel outside the country, lesser pay for the same work, and no guarantee of constitutional equality before the law.

It is this sort of legal discrimination that the World Bank focuses on in producing their 2012 Women, Business, and the Law report.

The report measures gender parity in 141 economies across a range of indicators. The extent to which discrimination prevailed was remarkable.

“Only 38 economies out of 141 have equal rights so it is the minority,” said the World Bank’s Dr. Rita Ramalho.

Speaking about the report at the Heritage Foundation on Feb. 23, Ramalho said legal restrictions on women ranged from being unable leave the house without being accompanied by a male to other less intrusive requirements such as different retirement ages.

Although some appeared minor, they were all considered in terms of impact on ability to work, she said.

Dr. Ramalho, who is the manager of the enterprise analysis unit at the World Bank, said it was when she was researching how regulations affect the world’s businesses that significant disparities between men and women began to surface.

“Looking at the data it became clear that women experience the business environment differently from men,” she told the forum. “There are more obstacles for women than for men.”

The report looks at gender differences in six areas defined as: accessing institutions, using property, getting a job, providing incentives to work, building credit, and going to court.

Whether a woman can access businesses, open a bank account, or sign a contract in the same way as a man, were just some of the questions asked in the Accessing Institutions sector.

The using property section centered on the rights of women in marriage and included who owned property in a marriage, and equality of inheritance rights on the death of a spouse, not only between a husband and wife, but also sons and daughters.

Parental benefits, retirement and pensions, equal pay for equal work, and equal access to the same professions and industries were other areas examined.

The report found that there were few legal restrictions on women in the higher income economies of the developed world including OECD countries, parts of East Europe and Central Asia. Of those restrictions, all were related to labor regulations.

The Middle East, North Africa, South Asia, and sub Saharan African were highlighted as areas of the most explicit legal gender differentiation.

Dr. Ramalho said while the report provided data for further research, the ultimate aim was to inspire countries to change their discriminatory policies.

“Gender equality is relevant for development and economic growth in a country, she said.