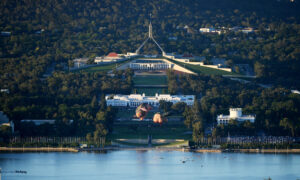 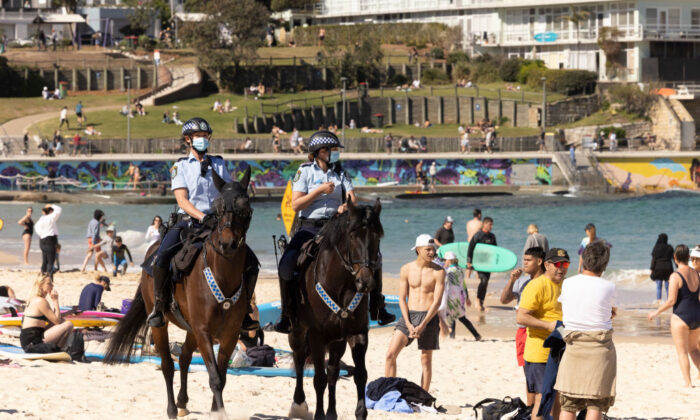 Deputy Police Commissioner Mal Lanyon said it was “disappointing” that there were issues with compliance even after Australia’s most populous state recorded 452 new COVID infections on Aug. 16.

“Yesterday, we issued 579 infringement notices which is disappointing. It shows that people are still not complying; 34 people received court attendant notices,” he told the Nine Network.

According to Lanyon, police conducted 3,800 “welfare checks” to see if residents were following stay-at-home orders.

One COVID positive man in Sydney’s Fairfield was found to have breached his health order after police arrived at his home and found he wasn’t there. The man was unable to provide a reason for vacating his home.

The entire state of NSW is now under lockdown to contain an outbreak of the Delta variant of the CCP (Chinese Communist Party) virus, commonly known as the novel coronavirus.

Under current restrictions, residents are kept within a 5km radius of their homes. They can only leave their homes for essential reasons, including work, shopping, exercise, and to get the vaccine or tested.

To ensure compliance, authorities have amped up fines from $1,000 to $5,000 for breaches of “self-isolation” rules. Perceived loopholes in public health orders have also been closed, including removing the phrase “recreation” from the few essential reasons that allow residents to leave home.

Police began spearheading Operation Stay at Home from midnight on Aug. 16, which saw authorities dispatch 1,400 additional highway patrol officers to enforce compliance. Moreover, 800 Australian Defence Force troops will now patrol the city after an additional 500 soldiers were dispatched to the Greater Sydney area, in addition to the 300 already deployed.

Deputy Commissioner Mick Willing said, “The unprecedented operation will see thousands of police officers from police districts and police area commands across the state working alongside our colleagues from the Australian Defence Force.”

While Police Commissioner Mick Fuller told reporters these were some of the “strongest powers” in the history of NSW Police.

NSW Police Minister David Elliott is urging the public to tip-off police as to any family gatherings or visits that breach health orders.

“I implore members of the community to consider Crime Stoppers as one of the most useful and important weapons in the war against COVID,” Elliott told the Sydney Morning Herald.

“Do not underestimate its ability to gather vital intelligence for police.”

Peter Kurti, director of the Culture, Prosperity, and Civil Society program at the Centre for Independent Studies (CIS) said the NSW government was sending “very mixed messages” with its approach.

“Easing of restrictions has been almost promised as the prize for boosting vaccination rates, and now those rates are going up quickly,” he told The Epoch Times in an email. “Yet even as people ‘do the right thing,’ with the hope that businesses can re-open, kids can return to school … the police are given dramatically new powers to crackdown on any kind of non-compliance with public health orders.”

NSW Premier Berejikilian has conceded that reaching zero-COVID transmission in the community was unlikely, yet Kurti noted that the police crackdown suggested otherwise.

“There is a real danger that as the goal of zero transmission slips ever further out of reach, the police will seek and be given even more powers to use against the locked-down, weary citizens of NSW. What next? Victorian-style curfews?” he said.

“There is a real risk that by turning neighbour against neighbour, encouraging spying on one another, and using heavy-handed police tactics to enforce compliance with health orders, great long-term damage is being done to Australian society,” he said.

“A successful, cohesive society, such as we have known until now, depends on high levels of mutual trust and mutual obligation. Once these are undermined and eroded, it will be very hard to repair the damage done.”