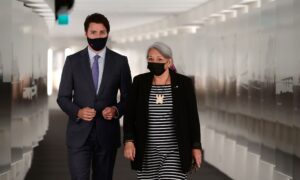 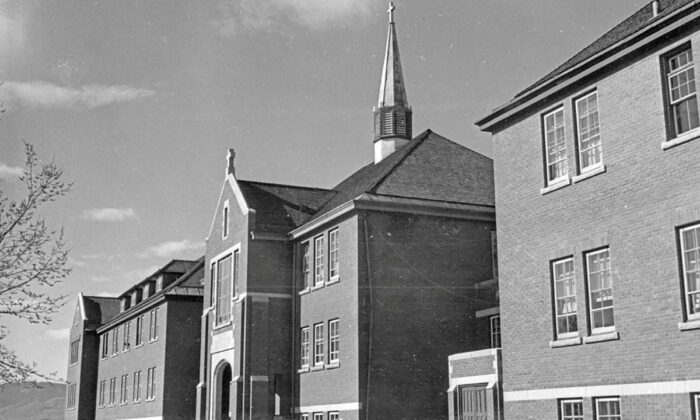 The main administrative building at the Kamloops Indian Residential School is seen in Kamloops, B.C., circa 1970. (Library and Archives Canada/Handout via Reuters)
Viewpoints

Over the last two months or so, popular newspapers in Canada and around the world have been filled with reports and commentaries on the discovery of 215 graves on the grounds of the former Kamloops Indian Residential School and an increasing number of graves at other residential school sites across the country.

Like other Canadians, my heart is filled with sorrow about the indigenous children who died at residential schools. It hits home even more deeply for me because in the past I worked at an Anglican residence housing indigenous students.

In an attempt to put these discoveries into context, I reviewed what the Truth and Reconciliation Commission (TRC) report said about sickness, death, and gravesites. The report lists 143 residential schools that operated for various length of time across Canada during the 113-year period (1883–1996) examined by the TRC. It shows that about 37 percent of school-aged First Nations children were enrolled in these schools in 1931; the other two-thirds attended day schools or were not in school at all. The report also shows that in 1944–45, among all First Nations students enrolled in school, about 53.9 percent were in residential schools while the rest were in day schools.

Nonetheless, about 150,000 First Nations, Inuit, and Metis students resided in these residential schools. And indigenous children were, sadly, more likely to die than non-indigenous children. They were less immune to communicable diseases brought to North American by immigrants. The TRC report also pointed to the federal government’s “failure to establish and enforce adequate standards, coupled with the failure to adequately fund the schools.”

In total, the report identified 3,201 children who died while attending residential schools, but in an interview with The Canadian Press, the TRC’s chief commissioner, Murray Sinclair, said that up to 6,000 students may have died. Since then, the estimates have expanded exponentially.

To properly understand our history, Canadians deserve facts and thoughtful reflection about what may have happened to the children who died.

The results from the ground-penetrating radar may be suggestive but are definitely not conclusive. To prove that there are graves of indigenous children requires much more rigorous forensic work.

There are different possibilities for these graves. We need to understand what the causes of death were, whether due to neglect, ill will, or simply members of the community burying their dead, including children, in the cemeteries that were established at residential schools.

Many of the church-run residential schools had chapels and cemeteries that were the final resting place for both indigenous and non-indigenous parishioners. The chapels served as a place to worship for the locals, and the community buried family members in the cemeteries.

The TRC report shows that the residential school death rate was highest in the late 19th and early 20th centuries, and the most common cause was tuberculosis, accounting for almost 50 percent of the deaths, followed by influenza, pneumonia, lung disease, meningitis, heart disease, whooping cough, and typhoid fever. A walk through any old cemetery will remind Canadians that during that time, life was shorter and more brutish than it is today.

Fortunately, over the last 100 years the death rate of Canadian children has decreased substantially as medical treatment and water and sewage systems have improved. Canada still has considerable work to do to get the death rate lower, especially for indigenous children.

In thinking seriously about the death of children at residential schools, and before reaching conclusions, valid evidence needs to be obtained. This means experienced forensic archaeologists must excavate the graves and identify and properly classify the remains. To be credible, the reports must be published in a reputable monograph series, and not by potentially self-serving parties like the federal government or the religious orders that managed some of the schools.

Canadians need solid, verifiable evidence to understand the history of residential schools and to fully appreciate the lives of the students who attended these institutions.

For now, the federal government, First Nations, and churches need to co-operate in the forensic examination of the increasing number of sites across the country. If children died of unnatural causes and were unceremoniously buried in unmarked graves—as many reports suggest—then Canadians need to know the facts even if the government, churches, and their retired employees may resist the publication of this evidence.

The TRC report recommends that a registry of burial sites be created and that the names of all of the children who died be recorded and memorialized. No Canadian would disagree with this recommendation.

Truth is too important to be left to journalistic speculation or wild accusations. A serious discussion is required because, as the Truth and Reconciliation Commission says, truth is a necessary precondition for reconciliation.

Rodney A. Clifton lived in two residential schools, working as the senior boys’ supervisor in Stringer Hall, Inuvik. He is a professor emeritus at the University of Manitoba and a senior fellow at the Frontier Centre for Public Policy. His most recent book, edited with Mark DeWolf, is “From Truth Comes Reconciliation: An Assessment of the Truth and Reconciliation Commission Report” (Winnipeg, MB, Frontier Centre for Public Policy, 2021). Email: rodney.clifton@umanitoba.ca