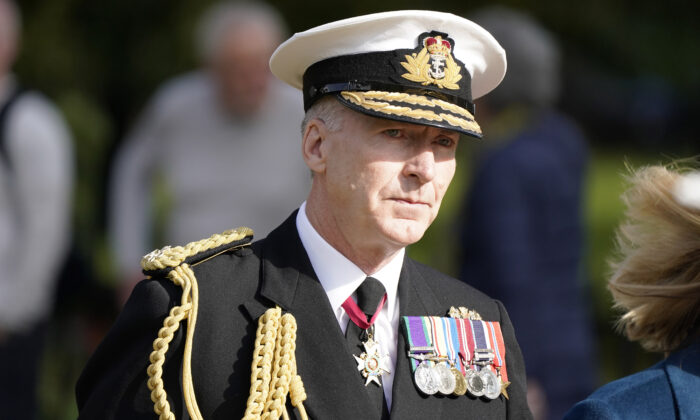 ‘Unlawful and Unhelpful’ for Britons to Fight in Ukraine: UK Military Chief

The UK’s Chief of the Defence Staff has urged Britons not to head to Ukraine to fight against Russia, delivering a clear rebuke to Foreign Secretary Liz Truss after she expressed support for those joining the fight.

Admiral Sir Tony Radakin told the BBC’s Sunday Morning programme: “We’ve been very clear that it’s unlawful as well as unhelpful for UK military and for the UK population to start going towards Ukraine in that sense.

“Support from the UK, support in whatever way you can. But this isn’t really something that you want to rush to in terms of the sound of gunfire. This is about sensible support based in the UK.”

Last week, Truss said she would “absolutely” support anyone who wanted to fight, with a number of Britons keen to help Ukraine defend itself against Vladimir Putin’s invasion.

Asked if the Foreign Secretary should not have made the suggestion, Sir Tony said: “I think she was reflecting (that) she could and that we can all understand that sentiment, and that sentiment needs to be channelled into support for Ukraine.

“But we’re saying as professional military people that actually that is not necessarily the sensible thing to be doing.”

Truss’s comments run contrary to the Foreign Office advice against all travel to Ukraine, and she has also been contradicted by Prime Minister Boris Johnson and several other Cabinet colleagues who have warned Britons away.

Ukrainian President Volodymyr Zelensky has announced the formation of an “international legion” to help defend his country and appealed to foreign volunteers to come forward, promising them arms to fight against Russian troops.