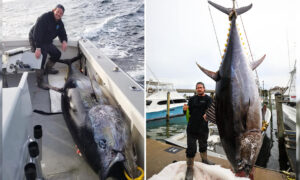 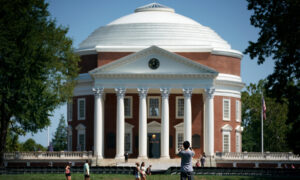 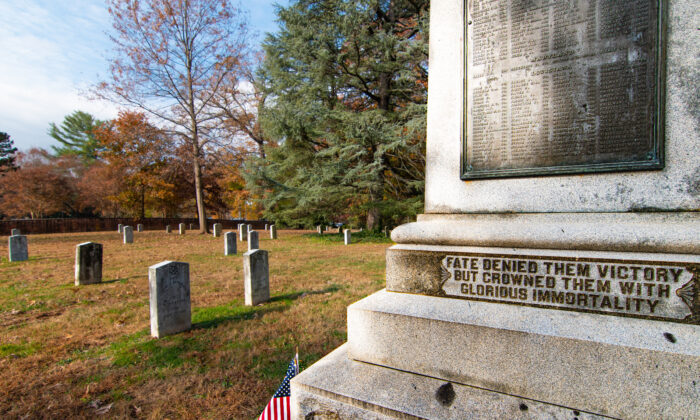 Confederate Cemetery at University of Virginia (Shutterstock)
US News

In the wake of the nationwide movement to remove monuments that memorialize the Confederacy, the University of Virginia has installed barricades around its Confederate Cemetery, which hosts a statue of a Confederate soldier.

A UVA spokesperson told student newspaper The Cavalier Daily that campus police set up barricades outside the cemetery, which is typically open to the public, after a Virginia man was severely injured when a Confederate statue being torn down by protesters fell on him and struck him in the head.

“Following an incident in Portsmouth in which a man was critically injured by a falling statue, the University Police Department, in coordination with Facilities Management, began assessing the structural integrity of a number of statues,” the spokesperson wrote. “As part of that assessment, barriers were erected to control vehicular access to the cemetery. These steps were taken out of concern for personal safety.”

The Confederate Cemetery is part of the UVA graveyard and contains the remains of 1,097 Confederate soldiers who were brought to Charlottesville—which became a major hospital area due to its proximity to battle sites—and didn’t survive their injuries. In 1893, a statue of a Confederate soldier was erected at the cemetery by the Ladies Confederate Memorial Association, a forerunner of the United Daughters of the Confederacy. The inscription on the statue’s base reads, “Fate denied them victory but crowned them with glorious immortality.”

Currently, there has yet to be a movement to remove the Confederate Cemetery monument. However, a petition to remove a memorial fountain on campus has garnered over 1,700 signatures in the past month. Built in 1938, the fountain commemorates Frank Hume, a Confederate soldier from Virginia.

The city of Charlottesville, where the UVA is located, has drawn national attention in August 2017 when protesters rallied after city council voted to remove a statue of Confederate commander Robert E. Lee. The rally escalated into violence, which lead to the death of a counter-protester, as well as two state troopers who were killed in a helicopter crash while patrolling the rally.

The heavily contested Robert E. lee statue still stands, as the city is prevented from removing it unless the judge dissolves a key part of a 2019 ruling regarding the fate of the statue. The judge ruled that Charlottesville’s Lee statue, which honors a Civil war veteran, falls under the definition of war memorials in the state law, meaning that the localities have no authority to remove or relocate it.