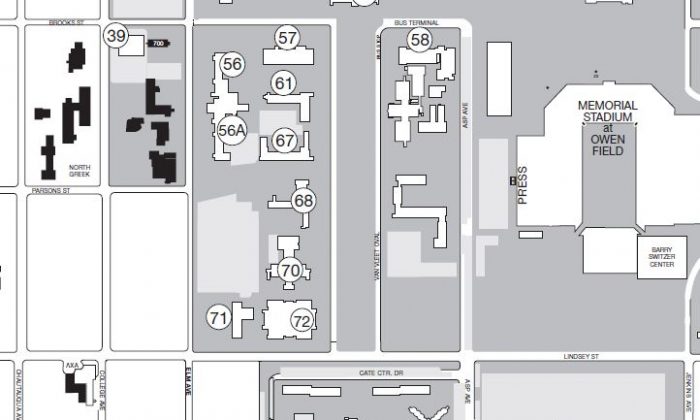 Gould Hall, where the shooting reportedly happened on the University of Oklahoma campus on Wednesday, is number 69. Dale Hall is 72. (OU.edu)
Crime and Incidents

University of Oklahoma: Reported Shooting on Campus Was False

A shooting was reported on the University of Oklahoma campus in Norman on Wednesday, but police found no evidence of gunshots or injuries.

An alert was sent to students after the report telling students to shelter in place, and a lockdown was ordered for many of the buildings around Gould Hall.

Dale Hall and other buildings were either evacuated or locked down.

“As of this time, no evidence has been found of any shots being fired. There are no injuries reported at this time,” the university said after about an hour of searching.