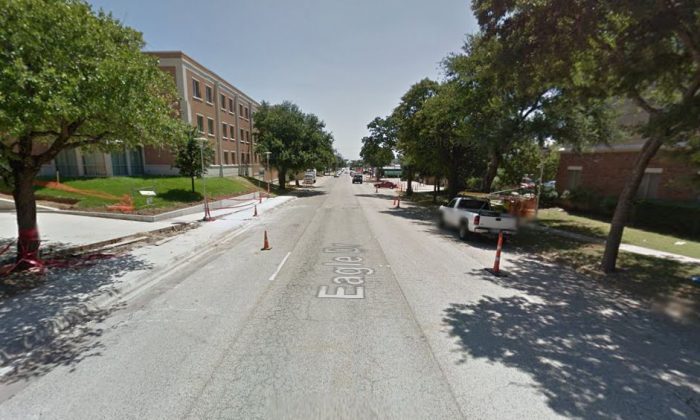 Campus police at the University of North Texas said they have fatally shot and killed a student who allegedly threatened an officer with an ax.

We just received raw video of the suspect from last night. pic.twitter.com/Dxy8iN2vnr

Officials spoke with the Dallas Morning News, saying the shooting took place near the Denton campus early on Sunday morning. The Tarrant County Medical Examiner’s Office identified the man as Ryan McMillan, 21. The school said he was white in a statement.

The Washington Post found McMillan’s Facebook profile, saying he “just didn’t seem right” when he was shot and killed.

A woman, Ashley Jones, said she saw McMillan wandering the campus at 1 a.m. She said hello to him and he smashed the hood of her car with an ax, she told the North Texas Daily.

University spokeswoman Margarita Venegas said that police responding at around 1 a.m. local time on Sunday after someone was breaking car windows near the campus.

Police are guarding the scene of the incident on Fry Street. pic.twitter.com/9icfaHiXcv

As the officer came near, McMillan approached him with an ax in his hand and the officer shot him, killing the suspect.

The officer was placed on administrative duty pending the investigation.

“Students cried and yelled, ‘You didn’t have to shoot him! He didn’t have to die!” An elderly man shouted from the porch of the house on the corner, that the police were murderers. ‘Don’t you know how to use a taser?’ he yelled,” witness Tyler Cleveland wrote on Facebook.

“I can’t really put into words how I feel about the fact that one of the nicest people I ever met was shot because an officer felt threatened,” McDermott told the Morning News. “I want to drive to Denton and scream at the top of my lungs at the police department, but that’s stupid and irrational. But it just really angers me.”