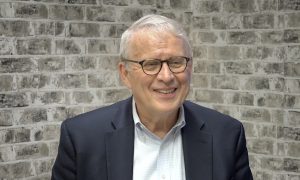 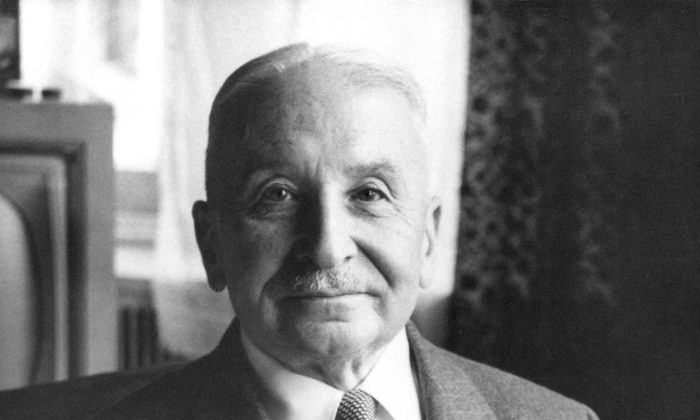 Ludwig von Mises, the most famous of the Austrian economists. (CC-BY-SA, LU/R)
US News

University of Missouri Sued for Failing to Hire Conservative Economists

The University of Missouri is being sued by Michigan-based Hillsdale College for allegedly failing to honor the wishes of a late benefactor who willed the university $5 million to fund six professorships on the express condition they be held by believers in laissez-faire economics.

Financier Sherlock Hibbs, who died at age 98 on July 5, 2002, graduated from the University of Missouri—which is often referred to as Mizzou—in 1926.

To guarantee his donor intent was respected after his death, Hibbs created an enforcement mechanism. Under it, Mizzou would have to certify to Hillsdale every four years that each professorship—three chairs and three distinguished professorships—was populated by “a dedicated and articulate disciple of the Ludwig von Mises (Austrian) School of Economics.” If the condition went unmet, the remaining money would be forfeited to Hillsdale.

Hillsdale has a special connection to Mises, the Austro-Hungarian-born author of “The Anti-Capitalistic Mentality” and “Human Action,” whose writings bolstered the libertarian movement in the United States and who died in 1973. The economist donated his personal library to the college, where it is available to researchers.

Hillsdale is a small liberal arts school in southern Michigan that is renowned for its emphasis on teaching American civic virtue and the nation’s Greco-Roman-Judeo-Christian roots, as well as for resisting political correctness in the academy. Founded in 1844, Hillsdale is known for its principled refusal to accept federal or state taxpayer subsidies, even indirectly in the form of student grants or loans.

“Wheel of Fortune” host Pat Sajak was named chairman of the board of trustees of Hillsdale College in April. Supreme Court Justice Clarence Thomas has reportedly described Hillsdale as “a shining city on a hill for conservatives.”

The school of Austrian economics itself emphasizes free markets, private property, the rule of law, and limited government, and is significantly different from the Keynesian—founded by John Maynard Keynes, an influential British economist who died in 1946—and other schools of economic thought that, among other things, call for greater government intervention in the economy.

Jay Nixon, a former Democratic governor of Missouri and Mizzou alumnus, is leading the legal team suing the university.

“I believe both from my time as governor and my time as [Missouri] attorney general that donor intent is important. It’s especially important when folks are as specific as Mr. Hibbs was,” Nixon told RealClearPolitics.

Internal university documents obtained by Nixon’s team in the course of the litigation indicated that future Chancellor Brady Deaton resisted Hibbs’s donor intent, expressing concerns that honoring it would amount to the institution being “held hostage by a particular ideology.”

Bruce Walker, a dean at Mizzou, emailed his colleagues in 2006 stating that because “the Austrian School of Economics is quite controversial … [we] didn’t want to wade into that controversy, so we focused on some Austrian tenets that are compatible with what we do in our business school.”

The lawsuit contends that despite Mizzou certifying compliance with Hibbs’s wishes, no “disciple” of Austrian economic thinking was ever hired.

Deaton and Walker “swallowed hard, and you may need to as well, about attesting to the ‘dedicated and articulate disciple’ part,” Walker wrote in an email, “[but] he and I, and hopefully you, believe that using the exact wording from Mr. Hibbs’ will … is the route we need to follow. If we don’t deal with the stipulation directly, I believe we increase the likelihood of a challenge from Hillsdale College.”

The Epoch Times contacted the University of Missouri for comment but didn’t hear back by press time.

“We are very adamant about fulfilling the explicit wishes of every donor whenever we accept a gift,” Basi said.