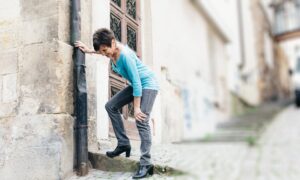 University of Michigan: 7 Cited for Breaking Into Football Stadium and Partying

Seven people were cited for unlawful entry after they broke into the University of Michigan’s football stadium–also known as the Big House–and drank and smoked marijuana inside, according to police.

Six of the people were students, according to the university’s police summary of the incident.

All seven were arrested then released.