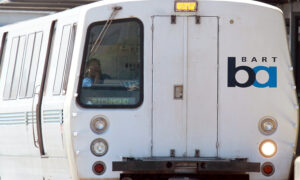 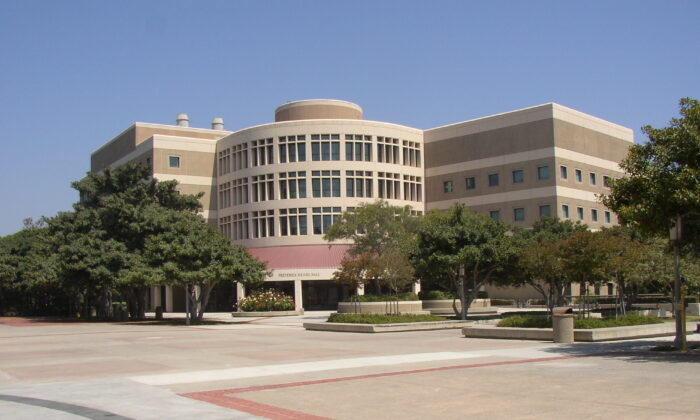 A picture of Frederick Reines Hall in the physical sciences plaza at the University of California, Irvine. in Irvine, Calif. on August 30, 2004. (Allyunion at English Wikipedia/CC BY-SA 4.0)
Judiciary

University of California at Irvine Lab Assistant Amber Walker opposes the political agenda of the Communications Workers of America (CWA), but union officials keep collecting dues from her against her will.

So, represented pro bono by attorneys from the National Right to Work Legal Foundation (NRTWLF), Walker has filed a class-action lawsuit against her union, the University Professional and Technical Employees (UPTE) affiliate of the CWA, and the State of California.

In briefs filed July 30 with the U.S. District Court for the Central District of California, Walker’s attorneys argued that a state law requiring public employers like the university to defer to unions like the UPTE on dues issues violates the U.S. Supreme Court’s 2018 Janus v. AFSCME decision.

The Janus decision held that compulsory union dues violate an employee’s First Amendment right of association and that public employee dues can only be collected with the written permission of the employee.

The Janus decision, however, allowed unions to control the process an employee must follow to stop the collection of compulsory dues. The result is unions have imposed a wide variety of bureaucratic, time-consuming requirements that often frustrate, confuse, or deceive individuals trying to satisfy them.

In her suit, Walker told the court that “she sent UPTE union bosses a letter in June 2021 exercising her right to end her union membership and all union dues deductions from her wages,” according to the NRTWLF in a statement announcing Walker’s lawsuit.

“Although Walker submitted this message within a short annual ‘escape period that UPTE officials impose to limit when workers can revoke dues deductions, they still rebuffed her request, telling her she needed to mail them a copy of a photo ID to effectuate her revocation.

“The university and UPTE officials have continued to take money from Walker’s wages against her will. It appears they plan to continue to do so for at least another year as the UPTE’s arbitrary and short annual ‘window period’ elapsed by the time UPTE officials notified Walker that her attempt to stop dues was rejected for lack of photo ID.

“The university is required to defer to UPTE’s dictates under the California statute that gives unions total control over public employees’ dues deductions.”

“They created this photo ID requirement out of thin air to block workers from exercising their Janus rights, safe in the knowledge that California’s union dues policies would stifle any chance a public worker has of getting his or her employer to stop seizing dues money for the union,” he continued.

“By giving union bosses total control over how and when workers can exercise their First Amendment Janus right to stop dues payments, California is allowing the fox to guard the henhouse to the detriment of public employees’ constitutional rights,” Mix said.

In two related cases, the foundation said in the statement that it is also “urging the Supreme Court of the United States to take up two class-action cases defending public sector employees’ First Amendment Janus rights from union boss-created ‘escape periods’ that restrict the time in which public employees can stop financial support of an unwanted union.

“One of these cases, brought for Chicago Public Schools educators, challenges an ‘escape period’ that limits the exercise of this right to one month per year, while the other brought for New Jersey educators contests a similar period that lasts only ten days per year.”

Walker’s suit reflects the challenges facing individual employees who do not support the political agendas of the nation’s biggest labor unions, including the CWA.

Unions represent only 6.3 percent of all private sector workers, but more than five times as many public employees are members of labor organizations, according to the Bureau of Labor Statistics (BLS).

The NILRR said the $1.8 billion figure is based on Department of Labor mandatory union spending disclosures known as Schedule 16 Form LM-2 financial reports for the filing years 2019 and 2020, as well as state and local government reports on union political activities and Federal Election Commission (FEC) spending reports.

“The LM-2 reports are signed by union presidents and union secretary-treasurers. Under the Labor-Management Reporting and Disclosure Act of 1959 … officers are subject to criminal penalties for willful failure to file a required report and for false reporting,” the NILRR report said.

“A significant source of funding for reported Schedule 16 activities are union dues and fees collected from men and women who would be fired for refusing to pay,” the report said.