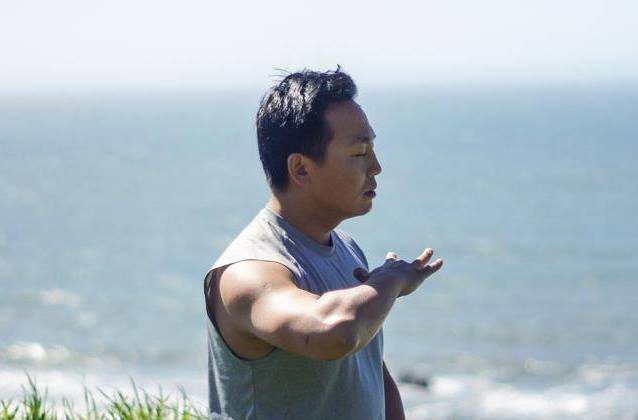 SAN FRANCISCO—An instructor’s attempt to encourage freedom of thought among art students from mainland China ended in his being fired.

On Oct. 18, Rico Peng, an instructor teaching at the Academy of Art University (AAU), was terminated because some students from China objected to his belief in Falun Gong, a spiritual practice that is banned in the mainland.

Peng received a written notice after meeting with the university’s executives on the afternoon of Oct. 18. He was terminated immediately because he “interacted inappropriately and unprofessionally toward certain students,” the notice says.

“I was fired because I am a Falun Gong practitioner,” said Peng, when explaining to The Epoch Times why students from China in one of his classes complained about him to university officials.

Falun Gong, which has similarities to Buddhism and Taoism, is a traditional self-improvement practice that involves living according to the principles of truthfulness, compassion, and tolerance and practicing meditative exercises.

Because then-Chinese dictator Jiang Zemin feared how popular Falun Gong had become—over 100 million people in China had taken up the practice, according to Western media reports at the time—and the attractiveness of its traditional teachings, in July 1999 he ordered a campaign to eradicate it.

Peng told The Epoch Times that he had been teaching for nearly 10 years at AAU, the largest private art and design university in the United States. In the fall semester, Peng was teaching six classes.

The students who complained about Peng were in the 605-Typography class under the Graduate School of New Media and Web Design. The majority of the students in this class are from China.

Since the majority of the students in the class had a background in Chinese culture, Peng listed one possibility for an assignment as preparing a newspaper print ad design for Shen Yun Performing Arts, a New York-based company that features classical Chinese dance.

The choice of Shen Yun is controversial for students from mainland China.

The performing arts company’s website says that it was founded by Falun Gong practitioners in 2006 with a mission to revive China’s divinely inspired culture. The atheist Chinese Communist Party (CCP) has, since its inception, sought to destroy this ancient culture,  and it continues persecute Falun Gong. For these reasons, the website explains, the CCP has sought to block and interfere with Shen Yun performances around the world.

Knowing the topic of Shen Yun might make some students uncomfortable, Peng let his students choose other dance performing groups as the subjects for their assignment.

For another project, students were required to research ideological, economic, social, and political events and movements. Peng said that the purpose of this exercise was to train the students to conduct independent research so that they would be able to come up with their own unique designs.

In the AAU, it is a common practice for the instructors to give students some examples of how to choose the subjects for their research. Two of the examples Peng gave were Ai Weiwei, whom he described as “the famous Chinese artist who attended an art school in New York [and is] a human rights activist in China,” and Falun Gong, “a Buddha school meditation exercise, which has been under persecution by the Chinese government since 1999.”

Peng also gave other examples, such as Starbucks, Uber, President Donald Trump, Beijing’s clearout of so-called lower-class people from the city in 2017, and so on.

Peng felt that, particularly for Chinese students from China, the ability to do independent research and draw independent conclusions was important because they might not have had the opportunity before to look in an unfettered way at whatever information they chose.

A few hours after the class, Peng was called to the school director’s office, and told that some students in his class had complained that he had promoted Falun Gong. Peng was told in the meeting that his job was on the line.

A week later when Peng went back to teach the same weekly class, he told his students that he practiced Falun Gong, and explained that the principles of Falun Gong are truthfulness, compassion, and tolerance.

On the following day, Peng was notified by the university that he was suspended from all of his six classes. He was fired a week later on Oct. 18.

The termination letter from AAU states that Peng threatened to report the students to the FBI, which is in violation of AAU policies.

Peng said that some students, after being brainwashed in China, don’t like Falun Gong.

Vice President Mike Pence in his speech on Oct. 4 at the Hudson Institute mentioned there were 150 Chinese student and scholar associations in the United States that “alert Chinese consulates and embassies when Chinese students, and American schools, stray from the Communist Party line.”

The website of Chinese consulate general in San Francisco gives an example of how the Party line is transmitted. It reports that the Chinese students from AAU, and several other nearby universities, attended a study event in the consulate on Nov. 22, 2017.

The consulate’s report said that Deputy Consul Zha provided a coaching session to the Chinese students, including the ones from AAU, about the spirit of the CCP’s 19th National Congress, which had met Oct. 18–24 in Beijing.

The report also said that the Zha encouraged the Chinese students to keep their confidence in the CCP, and on China’s socialist theory and path, and China’s political system and culture.

Peng said that it was actually at AAU where he first came to know Falun Gong.

Peng said back in 2002, he was a student at AAU, and his instructor in English gave him an assignment to research the persecution of Falun Gong in China—the first time he came to learn about Falun Gong.

Comparing with how things were 16 years ago, Peng felt many things have changed, including the students, the school, and even the United States. He hopes the United States still offers its people freedom.

The firing of Peng has disappointed many of his students at AAU.

“They [the students who made complaints] are the potential spies,” said one Chinese student in a text message to Peng. He admired Peng’s effort to help Chinese students to think freely, but also said: “you can’t wake up the people who pretend to sleep.”

“It was a joke,” said another student who is also from China and did not understand why Peng was fired. “[He] barely mentioned Shen Yun and Falun Gong” in his class.