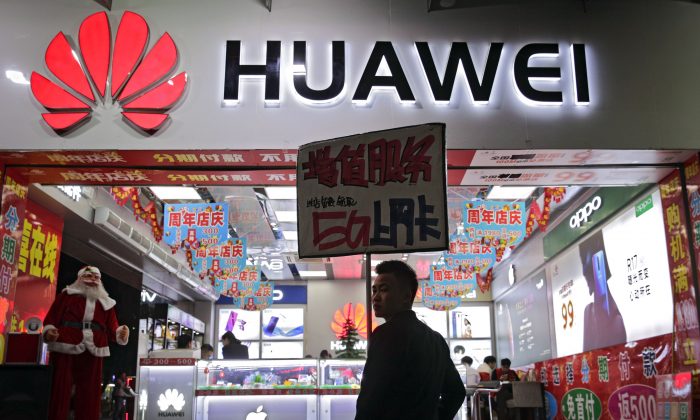 Canadian, UK Universities Warned by Intelligence Agencies to Be Wary of Huawei

Security experts in Canada and across the pond in the United Kingdom are urging universities to be cautious of telecom giant Huawei given growing cyberintelligence concerns around the company.

Huawei has an extensive network of academic relationships with leading research universities around the world. In Britain, top universities like Oxford, Cambridge, Manchester, and York have accepted funds from the company totalling more than $7.5 million.

But following the recent detention in Vancouver of CFO Meng Wanzhou, British security officials are urging universities to be very cautious about accepting money from the company.

“This is about the electronic agenda being driven by the injection of Chinese money into British universities,” he said. “That is a national security issue.”

In Canada, Huawei’s academic network has a focus on next-generation communications technologies. According to a Globe and Mail investigation, the company has committed up to $50 million in research projects at leading research universities, acquired dozens of patents from researchers, and appeared as a co-author on hundreds of peer-reviewed papers in the last decade.

At least one follow-up meeting was planned with about 20 McGill university academics for Dec. 19, the report said, “including several whose research is underwritten by Huawei.”

Earlier this month, CSIS Director David Vigneault warned of increasing state-sponsored espionage in fields that are crucial to Canada’s future, including 5G and artificial intelligence.  He described universities as often “having less robust security” than a large company, and as being “less aware” of the threat they face.

“Hostile states typically target companies or universities that are active in emerging technology—the kind of potentially revolutionary discoveries that can bring massive profits,” Vigneault said, without naming a specific country or company.

Huawei, which is the largest telecommunications equipment maker in the world and the second-largest maker of smartphones, announced on Dec. 18 that it had 25 commercial contracts for 5G.

It also announced plans to spend $2 billion on cybersecurity over the next five years.

The announcements come amid increasing global scrutiny of Huawei due to security risks and its relationship to the Chinese communist regime.

Two reasons concerns are mounting are that Huawei’s founder, Ren Zhengfei, is a former People’s Liberation Army officer, and that the regime’s 2017 National Intelligence Law can compel companies to aid in national intelligence work.

In August, the United States officially banned technology from Huawei, ZTE, and a number of other Chinese companies from use by the U.S. government and government contractors. The United States has repeatedly called on ally nations to do the same.

In the U.K., the Huawei Cyber Security Evaluation Centre, which monitor’s Britain’s use of Huawei technology, said in a report earlier this year that they could give “limited assurance” that Huawei posed no threat to national security. The report downgraded previous assessments that said any risks from Huawei were “sufficiently mitigated.”

The UK’s BT Group, the country’s largest telecommunications company, has also excluded Huawei from its 5G network and committed to removing the company from its 4G network.

Canada has not banned Huawei from developing its 5G network, though the company cannot bid on government contracts. In March 2016, Huawei Canada in partnership with the province of Ontario announced a five-year, $500 million plan to accelerate investment and job creation in 5G-related research initiatives.

Earlier this month, Japan joined other nations in banning Chinese companies from government contracts, a Washington Post article says, though Huawei and ZTE were not specifically mentioned. Three of the country’s largest companies told Reuters they had not yet made any decisions regarding whether they would follow suit.

France hasn’t explicitly banned Huawei, though the government has reportedly pushed for tighter regulations. France’s largest telecommunications company Orange SA has said it is not using Huawei’s technology in its 5G network.

Germany is preparing to auction its 5G frequencies for 5G wireless networks in spring 2019, and three of the country’s largest telecom companies continue to work with Huawei equipment in building 5G networks.

According to the Spiegel, Germany’s Federal Office for Information Security (BSI) found no proof that Huawei’s network infrastructure was any more or less secure than its competitors, and its president said evidence is needed before they would recommend a ban.