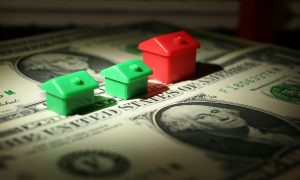 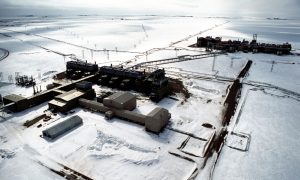 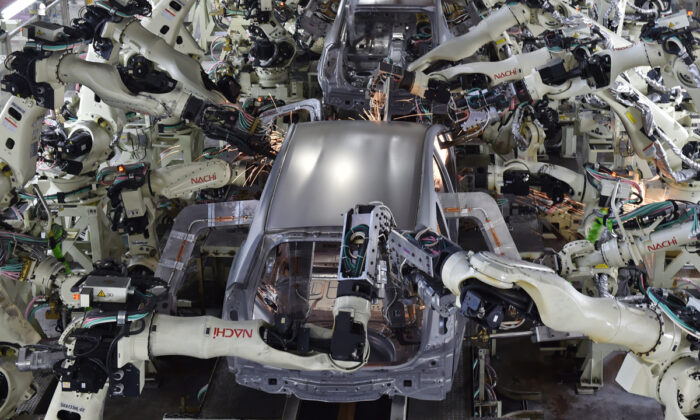 Take your pick of communism, socialism, or crony capitalism

It sounds great on the surface. Three beautiful and important words. Universal. Basic. Income. Taken together, they sound even better. So what’s not to like about it?

The problem with this supposedly “new” concept of the state helping people for the greater good is that there’s nothing new about it. Depending on how it’s implemented, you get to pick from three not-so-beautiful words or systems: outright communism, socialism, or crony capitalism.

The supposed goal behind universal basic income (UBI) is to help displaced workers who can’t keep up with labor market developments, mostly automation and immigration, or otherwise disenfranchised people.

The supposed solution is for the state to pay everyone a monthly or yearly income, so they don’t have to worry about competition or the changing labor market and technological environment.

Because even “the rich” will get the same amount, it’s not unfair, it’s not redistribution, and it’s not socialism.

Because, after the initial parameters have been set, it’s automatic, it would reduce the bureaucracy of the current welfare state.

This is probably why it’s captured the imagination of even market-minded intellectuals such as Ray Dalio, who usually couldn’t be accused of not thinking far and deep enough.

There are a lot of numbers being thrown around about the concept of UBI and how much it would cost and who would pay for it. This is just a distraction, adding to the smokescreen used to make us think UBI isn’t another tactic to destroy individual responsibility and freedom.

So let’s focus on the broader concepts of this philosophy; let’s see what the forest looks like and forget about the trees, because any estimates with dollar figures are vague at best anyway. UBI seeks to furnish every individual or family in the nation or on the planet with a certain amount of resources to support a decent standard of living: housing, food, clothes, smartphones, Netflix.

The money figures of $2,000 per month or whatever other amount merely represent these resources.

As most politicians or intellectuals forget, these resources have to be produced in the first place to be consumed. Somebody has to produce them for them to be consumed by someone who is not producing. Remember the disenfranchised who can’t produce or don’t want to produce for other reasons.

In a traditional capitalist economy, the private entrepreneur combines capital and labor in order to furnish those goods and then sells them on the market, where they are purchased and consumed by society.

So no matter how you slice it or dice it, the UBI administrators or politicians would have to take from the entrepreneurs, capital owners, and even workers who participate in the production process (the producers) to distribute to the people who can’t work or don’t want to work for any reason (the non-producers).

In this case, it doesn’t matter whether the producers of resources also get a token unit of resources reimbursed back to them. Their product and wealth are going to be taken from them on a net basis.

This “new” redistribution scheme is socialism and really nothing new, despite the new name. This leaves aside the fact that the reason for income inequality has been misdiagnosed, and we need less, not more, state intervention and redistribution to reduce it to tolerable levels.

The only way to avoid the re-distribution of resources from producers to non-producers would be for the state to own the factors of production and then just distribute out the product to the masses without the re– part.

In a socialist UBI utopia, the government bureaucracy would just administer an army of robots to produce everything we need. What a state of bliss.

Except for the little problem that this system is—by definition—outright communism (state owning the factors of production) and would suffer from the same old problems of what to produce, and how much and when and who to give it to.

Robots wouldn’t solve the fallibility and corruption of bureaucrats, nor the inability of the system to make proper economic calculations that satisfy the myriad consumer needs and tastes.

The other tiny problem this solution poses in a country such as the United States is how the state would wrest control of the means of production from those pesky entrepreneurs and capitalists (yes, that includes the person who owns $100,000 worth of shares in his or her 401(k)).

Some other proponents of UBI say: Let’s not take from or tax the producers to give UBI to everybody and let’s also not have the state manage the whole economy; why don’t we just print money using this Modern Monetary Theory (MMT), which supposedly doesn’t lead to inflation or has any other issue whatsoever? In other words: print money to distribute to everybody.

Technically, this solution would avoid the problem of redistribution (socialism) and the state managing the factors of production (communism).

However, funnily enough, it would make the problems of the lower class in society even worse and disproportionately benefit “the rich.” As a side bonus, money printing and inflation economics are among the main reasons behind the current problem of income inequality.

So how would the printing of UBI work? To understand the absurdity of this solution, let’s assume the government prints up a bonus and just doubles the money stock of each person overnight. Does this mean everybody who got the bonus is now twice as rich as the night before? Remember that money just represents the goods and services that society produces.

So the answer is no, as the quantity and quality of goods and services haven’t changed. As people rush out to buy what they always wanted, the price would roughly double in this thought experiment, and everybody would be as well off as the day before.

So, you have more money but the same amount of goods and services; prices go up and nobody is any richer or poorer than before.

There are, of course, nuances to this analysis. If the government just printed $2,000 per month, then poor people would spend it on consumption and rich people would save it or buy more stocks leading to different price changes in different pockets of the economy. Also, the people who acted the fastest would get more value out of the $2,000 before prices went up.

The fundamental dynamic, however, wouldn’t change. If the poor rush out to spend their $2,000 to buy stuff from the producers from above, this group would just raise their prices and end up with most of the profits anyway because they own the factors of production.

It’s important to stress this includes the group of workers who are still needed to run the economy and haven’t been replaced by robots. The other groups are mostly entrepreneurs and capitalists who indirectly own “the machines” through shares and other investments.

Because of the inflation, the next time around, the UBI would have to be increased to $3,000 and so forth ad infinitum, and nothing would change. The poor would still be poor and get a relatively smaller share of the production of society, and the producers would become even richer by benefiting from the government-stimulated consumption.

“The rich” can hedge against inflation by buying more stocks, gold, and real estate. Poor people either can’t or won’t.

Incidentally, this is where leftists should look when complaining about too much income inequality: central bank intervention and government bailouts.

The losers are the producers who can’t hedge against inflation and who actually have something to lose, like their retirement savings. This is most likely going to be the middle class and workers on the lower end of the spectrum who have less bargaining power with employers.

So there we have it, UBI is nothing new, just one of the three undesirable modes of wealth (re)distribution history has tried often enough.

If people are concerned about income inequality and “the poor,” they should be more concerned about helping everybody to be as productive as possible (public education is the main culprit here), teaching people how to think long term to save and accumulate capital themselves (public education again), and remove obstacles where poorer people can compete (minimum wage) and other regulations penalizing small businesses over big corporations.

Furthermore, they should lobby for a free and competitive banking system (no bailouts) without the Federal Reserve, the protector of cronies and the main creator of income inequality through its insidious tax on the poor in the form of inflation.

Once all those obstacles are removed, we humans can get together to think about what we can do with all the free time that automation has given to us. And if there’s only a fraction of the do-gooders who propose UBI among the producers and owners of capital and machines, then they would figure out a way to help out those in real need. Without three-letter acronyms.