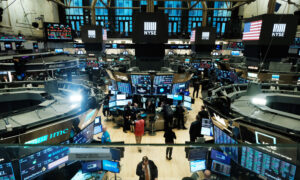 Quiz: How Much Do You Know About Stock Exchanges?
0
Share Now
TelegramFacebookTweetEmailTellMeWeReddit
Copy Link 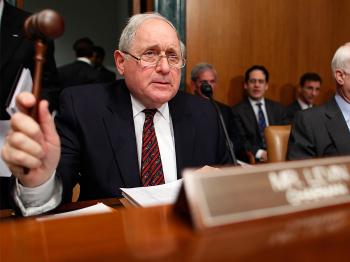 The United States Goes to War on Tax Havens

Heide B. Malhotra
View profile
Follow
biggersmaller
Print
In an effort to crack down on offshore tax havens, several nations are threatening to blacklist countries and organizations that withhold certain information on alleged tax evaders.

The United States, France, and Germany submitted names of countries to be included in a blacklist maintained by the Organization for Economic Co-operation and Development (OECD), against countries that have laws prohibiting financial institutions from releasing confidential banking information.

The Germans, French, and Americans suggest that respect for privacy is not an acceptable excuse to hide money in tax havens.

Not one of these countries wanted to be named on the OECD “List of Unco-operative Tax Havens”—a blacklist naming countries that allow banks to withhold client banking information under the mantle of bank secrecy and the right to privacy.

The Swiss government—overseeing the world’s largest offshore banking industry—agreed to adopt Article 26 of the OECD Model Tax Convention governing suspected tax evasion. However, the Swiss Bankers Association announced that “bank-client confidentiality will be upheld for foreign clients innocent of any wrongdoing.”

“Once the G-20 nations threatened to blacklist Switzerland as a tax haven, it had to consider the potential risks to its entire economy,” the Swiss Bankers Association said.

“The OECD provides a model double taxation agreement (for cross-border tax issues) for its 30 member states,” the Swiss Bankers Association claims on its Web site. “This agreement represents neither applicable law nor valid legislation. Rather, it is merely a model text that can be used as a basis for state treaties as negotiated and signed by the relevant countries.”

But Angel Gurria, the OECD secretary-general, announced that confidentiality of bank clients should be safeguarded and “fishing expeditions” for tax evaders are not permitted under the TIEA agreements.

Interpretation of “fishing expedition” has become subject to heated debates, as the United States wants to get wholesale information from the banks without submitting specific names.

“In practice, all countries have some form of bank secrecy and all countries acknowledge the importance of protecting the privacy of tax payer information,” Gurria said in a recent press release.

He continued, “What [the agreement] will do is ensure that tax authorities in both developed and developing countries have the necessary information to enable them to apply tax rules fully and fairly.”

The global financial crisis has brought governments to their knees. The United States has allocated enormous sums to reverse the economic downslide. Present tax revenues are insufficient to pay for what already has been apportioned and governments are scrambling to find new revenue sources.

What better way than to go after those hiding their wealth from tax authorities in countries with strong secrecy laws, such as in Switzerland, Monaco, and Liechtenstein?

The United States has signed TIEAs with more than 70 countries. A Joint International Tax Shelter Information Center was set up by the U.S. Internal Revenue Service (IRS), which relies on whistle-blowers for information.

“The U.S. has received information regarding transactions [tax evasion] of which it had not been previously aware” prior to the information center, said Doug Shulman, IRS commissioner.

“There is no silver bullet or one strategy that will alone solve the problems of offshore tax avoidance. If such a solution existed, it would have been implemented a long time ago,” said Shulman.

The IRS won a victory against Swiss banking giant UBS AG when a former UBS employee blew the whistle on possible income withholdings.

In the process, the IRS discovered that UBS bankers stepped over the line when aggressively soliciting clients in the U.S. UBS eventually turned over 250 client names, resulting in a $780 million fine.

“Swiss banking as we have known it is dead,” said Maurice Schweitzer from the University of Pennsylvania, in a recent Knowledge @ Wharton (KW) report.

The Penn professors are concerned that release of further names might result in a “run on the bank” and wipe the bank from the face of this earth. This would be detrimental to the entire global financial system, suggest the professors.

But having money in a Swiss bank account is a murky issue. “For the U.S., it’s tax evasion, but for other countries it’s more a place to hide money,” argued professor Marshall Blume in the KW article.