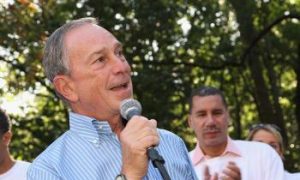 The United States has been outshined by Singapore and Hong Kong in IMD’s World Competitiveness Yearbook rankings 2010.

This sets precedence for the Asian neighbors, which have topped the list for the first time. The IMD World Competitiveness Yearbook (WCY) is an international listing, which provides an extensive annual report on business competitiveness of nations. Basically, 58 countries were examined to determine how their national economies manage the totality of its resources and competencies to increase the prosperity of its population.

IMD professor Stéphane Garelli, director of the World Competitiveness Center, said that Singapore, Hong Kong, and the United States are "so close in the rankings that it would be probably better to define them as a leading trio." In summary, the United States has weathered the risks of the financial and economic crisis primarily due to the obvious size of its economy, a strong leadership in business, and an unmatched supremacy in technology. Singapore and Hong Kong both illustrated great resilience through the global economic crisis—although they were exposed to high levels of volatility in their economic performance.

The top 10 countries include Australia, Taiwan, and Malaysia, which attributed its position to solid and efficient government policies.

Although Korea was ranked 23rd, it was the highest in the country’s history. This is a leap from its previous position of 31 in 2008 to 27th last year. Another significant observation is that for the first time, Korea beat Japan, which slipped 10 notches from 17th last year to 27th this year. One of the recurring themes in the rationale behind the rankings is the impact of the world’s economic landscape is experiencing immense changes in the aftermath of the global financial crisis.

The “Land of the Rising Sun” has slipped 10 places in the IMD poll because it is plagued by skyrocketing fiscal deficit and flagship companies such as Toyota Motor, Sony, and Japan Airlines not performing as well as they have in the past.

Rest of the World

The United States’ ranking is optimistic, considering the nation’s high unemployment rate and debt ratio, as well as continued market volatility. The Americans can bank on the fact that they are successful at appealing to new investments and producing a conducive environment for companies to prosper.

"The U.S. has weathered the risk of the financial and economic crises thanks to the sheer size of its economy, a stronger leadership in business and an unmatched supremacy in technology," Garelli said.

Switzerland came in at No. 4 due to its strong economic fundamentals (very low deficit, debt, inflation and unemployment) and a long standing reputation for its export markets. Sweden (No. 6) and Norway (No. 9) represented the Nordic contingent in the top 10.

Debt-ridden Greece appeared to have a better ranking in 2010, rising six places to 46th.

Venezuela ranked last for the fifth year in a row, preceded by Ukraine, Romania, Argentina, and Croatia.