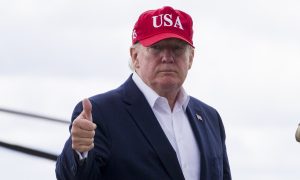 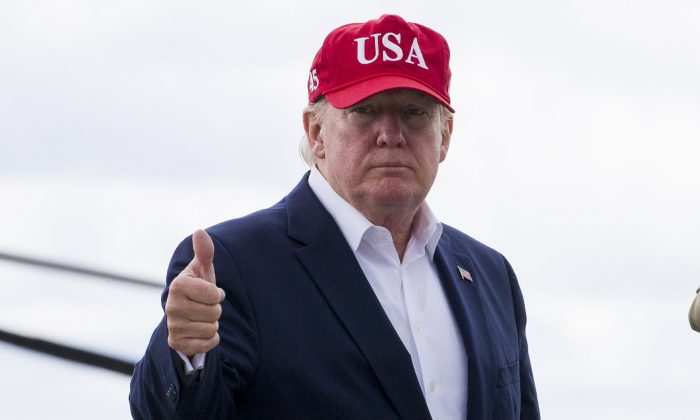 The United States and Mexico signed a key portion of an immigration deal that will require approval by Mexico’s legislative body, President Donald Trump announced on June 10.

The details of the agreement would be released in “the not too distant future,” Trump wrote on Twitter. The president added that if Mexico’s legislature fails to deliver the approval, the White House would follow through on a threat to raise tariffs on Mexican imports.

“We have fully signed and documented another very important part of the Immigration and Security deal with Mexico, one that the U.S. has been asking about getting for many years,” Trump wrote. “It will be revealed in the not too distant future and will need a vote by Mexico’s Legislative body!”

“We do not anticipate a problem with the vote but, if for any reason the approval is not forthcoming, Tariffs will be reinstated!” the president added.

The United States and Mexico reached a deal on June 7, with Mexico agreeing to help stem the flow of illegal aliens into the United States. The agreement came after Trump threatened to impose a 5 percent tariff on all imports from Mexico. The tariffs would increase by five percentage points every month until October, when the levy would reach 25 percent, unless Mexico took measures to prevent migrants from traversing its territory in order to illegally enter the United States.

The State Department released an outline of the deal later on June 7, which states that Mexico agreed to take “unprecedented steps to increase enforcement to curb irregular migration,” including the deployment of the Mexican National Guard throughout the country, starting June 10, especially on its southern border with Guatemala. Mexico also committed to taking “decisive action to dismantle human smuggling and trafficking organizations as well as their illicit financial and transportation networks.”

The deal outline also says the United States “will immediately expand the implementation” of a program that returns immigrants who cross the southern border to Mexico while their claims are adjudicated. Mexico, in turn, will “offer jobs, healthcare and education” to those people, “according to its principles,” the agreement stated.

The two countries also agreed to continue a discussion on the next steps to be completed in 90 days.

“This is being done to greatly reduce, or eliminate, Illegal Immigration coming from Mexico and into the United States,” Trump wrote on Twitter on June 7.

Mexican Foreign Minister Marcelo Ebrard said in Washington on June 7 that he was satisfied with the deal.

“I think it’s a fair balance, because they had more drastic measures and proposals at the start and we reached some middle-point,” he said.

On June 8, Trump said he believed Mexico would “try very hard” to enforce the agreement. In separate messages, the president also thanked Mexico’s president and foreign minister for working hard to reach a deal, and announced that Mexico agreed to buy large quantities of U.S. agricultural products.

“Mexico will try very hard, and if they do that, this will be a very successful agreement for both the United States and Mexico!” the president said.