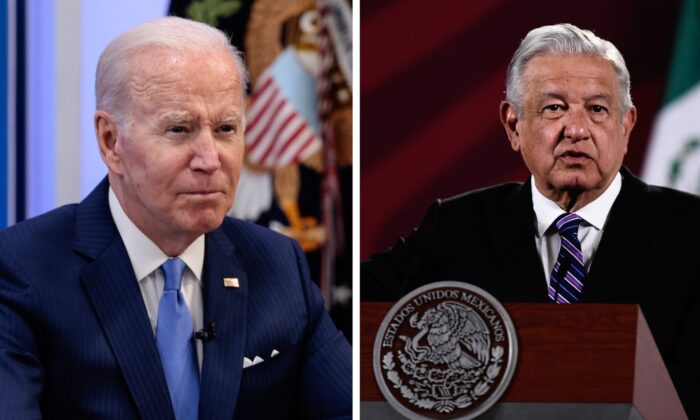 The United States and Mexico have agreed to invest nearly $5 billion to improve infrastructure along the 2,000-mile border between the two countries.

President Joe Biden’s Infrastructure Investment and Jobs Act includes a $3.4 billion investment in infrastructure at land ports of entry along the border with Mexico.

In addition, Mexico will fund $1.5 billion in border infrastructure between 2022 and 2024.

“Borders that are more resilient, more efficient, and safer, will enhance our shared commerce. We are committed like never before to completing a multi-year joint U.S.–Mexico border infrastructure modernization effort for projects along the 2,000-mile border,” the leaders stated.

The presidents committed to maintaining “strong border enforcement policies” while ensuring that human rights are protected. For migrants seeking access to “legal pathways,” the joint statement promised to promote “greater worker protections.” The two nations plan on convening a working group for a response to the issue of child migration.

They also committed to pursue the “multibillion-dollar criminal smuggling industry” that is “preying” on migrants. The Mexico Attorney General’s Office and the U.S. departments of Justice and Homeland Security have coordinated to arrest and prosecute individuals involved in related crimes.

Biden met with López Obrador in the Oval Office to talk about several issues, including illegal immigration.

In June, López Obrador boycotted the Summit of the Americas held in Washington, as the leaders from South American countries of Venezuela, Nicaragua, and Cuba weren’t invited to the event.

The joint statement to build and modernize border infrastructure comes amid a spike in illegal border crossings under the Biden administration.

Data from U.S. Customs and Border Protection (CBP) show that agents from Brownsville, Texas, to San Diego apprehended a total of 232,628 illegal border crossers in May, the highest monthly total in more than two decades.

The Biden administration’s relationship with Border Patrol has been confrontational.

In September 2021, Washington criticized agents from the Border Patrol who were on horseback after a photo purporting to show the agents “whipping” Haitian migrants seeking to cross illegally and claim asylum at the Del Rio border went viral. Biden had promised that the agents would “pay” for their actions.

However, a nine-month investigation by the CBP’s Office for Personal Responsibility revealed that there was “no evidence” of agents intentionally striking migrants with their reins. Moreover, agents were found not to have been carrying whips at the time of the alleged incident.