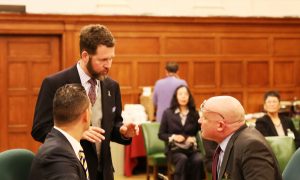 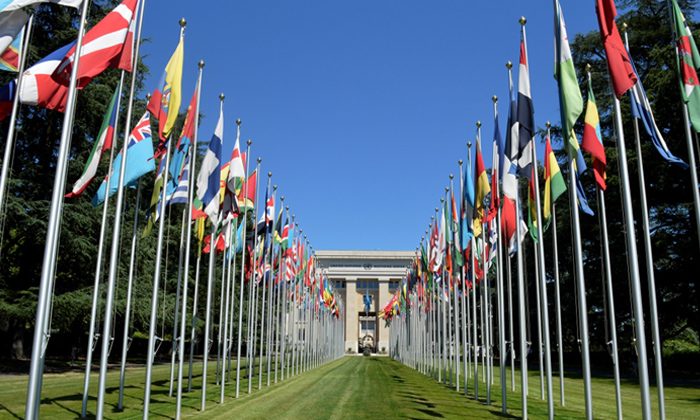 GENEVA—A group of doctors, lawyers, and international activists met in the Palais des Nations, the headquarters of the U.N., to review what they said was mass murder carried out by the Chinese regime, and called upon the U.N. to open a full investigation of the matter.

The call comes six months after Chinese authorities said they would cease all use of organs from death row prisoners—a move that these researchers consider an attempt to sweep the greater crime, mass organ harvesting of prisoners of conscience, under the rug.

Doctors Against Forced Organ Harvesting (DAFOH), a medical ethics organization based in Washington, D.C., chaired the conference at the Palais des Nations on June 24, first calling attention to the 2 million signatures submitted to the United Nations, asking the organization to investigate organ harvesting in China.

The signatures were collected in 50 countries through a global volunteer-driven network, which embarked on the campaign in 2012. DAFOH requested that U.N. High Commissioner for Human Rights Zeid Ra’ad Al Hussein demand China put an immediate stop to the practice of forced organ harvesting, and also the cessation in general of the persecution of the spiritual practice Falun Gong.

Despite some attempts in recent years, China has no effective national system of voluntary organ donation, in part because of Chinese traditional beliefs that call for the body to be maintained in full after death. But figures provided by Chinese officials have over the years indicated that China went from almost no transplant system to an industry that performed over 10,000 per year, or second only to the United States.

Prisoners of conscience who have managed to escape death have been subject to clinical examinations while they were in prison or labor camps. Researchers believe the intent was to identify the organ and blood type, so those individuals could be quickly available for harvesting later.

European DAFOH delegate Li Huige sketched the growth of this system: in the last 15 years there has been a significant increase in transplants per year in China, with a peak of 12,000 in 2004. When the numbers became highly conspicuous, Chinese officials conceded that executed prisoners were the source of organs.

But not the only source. According to DAFOH legal counsel Carlos Iglesias, a Spanish lawyer who has prosecuted Chinese officials involved in the persecution of Falun Gong, the organ harvesting of prisoners of conscience in China is “a new Holocaust.” He elaborated, “There is no other way to define this persecution of 100 million innocent Chinese citizens, turning them into a living organ bank, only for their belief in Falun Gong and the principles of truthfulness, compassion and forbearance.”

During his speech, Iglesias sought to make a direct address to the U.N., “Wake up, gentlemen of the United Nations. The most brutal, silent war in history is taking place, invisible to our eyes.” He noted that the campaign against Falun Gong, launched by former Chinese leader Jiang Zemin in 1999, was from the beginning genocidal in intent. One of the first orders associated with the campaign was to “publicly defame them, bankrupt them financially, and destroy them physically,” according to accounts of those persecuted, who have at various points been told of the scope of the campaign by their persecutors.

Christoph Wiedmer, director of the Swiss Society for Threatened Peoples, said in the meeting, “The government position that treats minorities as mere internal issues hampers the long-term basis for the effective implementation of human rights.” He also called on the United Nations Human Rights Commission to do more to put pressure on China.