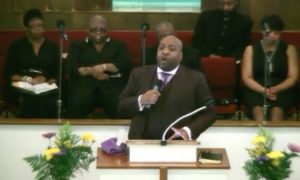 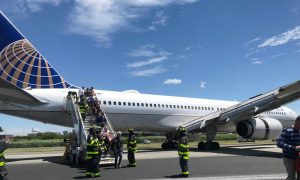 All Flights Stopped: Plane Skids Off Runway at Newark Airport
0 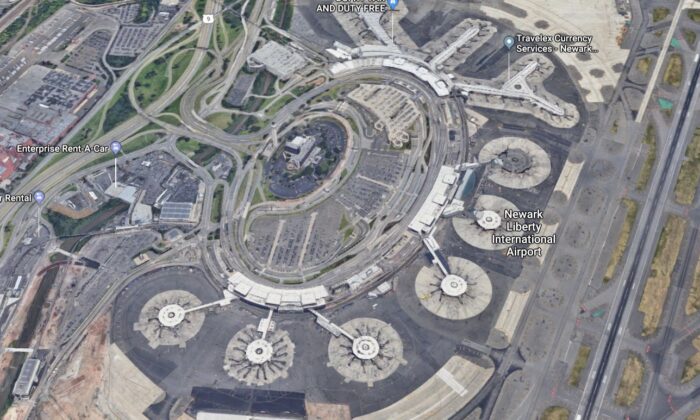 A United Airlines flight from Newark to Los Angeles had to return to the airport just minutes after taking off due to a mechanical problem. Reports said that flames were shooting out of at least one of its engines.

A passenger aboard United Airlines Flight 1871 captured footage of what appears to be flames from the right engine of the plane after it took off from Newark Liberty International Airport Wednesday night, ABC News reported.

“I didn’t know what was happening,” passenger Gabrielle Guzy told ABC7. “My sister said she thought it was lights, but I knew it was fire from the engine. I kept reassuring myself we’d be OK because we had only been in the air for a minute.”

United Airlines officials confirmed the jet suffered a mechanical problem and had to return back to the airport. “United 1871 from Newark, New Jersey to Los Angeles returned to Newark due to a mechanical issue. The flight landed safely and passengers deplaned normally. We are working on changing aircraft to get our customers to their destination as soon as possible,” the statement said.

Officials told ABC7 the plane was forced to dump fuel before landing at the airport.

Another passenger described the incident as terrifying.

“Most terrifying experience of my life. Flight delayed 2 hours for Maintence [sic] issues. Flight takes off, right wing of the plane (where I’m sitting in the aisle seat) sparking and now one engine failed,” the person wrote. “They’re making announcements but i can’t hear anything b/c people are screaming,” she added.

The Federal Aviation Administration (FAA) suggested that an investigation might be conducted into the fuel release over Los Angeles, saying in a statement that the Delta flight should have dumped the fuel over unpopulated land.

“There are special fuel-dumping procedures for aircraft operating into and out of any major U.S. airport,” the FAA said. “These procedures call for fuel to be dumped over designated unpopulated areas, typically at higher altitudes so the fuel atomizes and disperses before it reaches the ground.”

In the incident, the plane dumped fuel on at least five schools and reportedly forced more than 50 people to seek medical treatment. Fire department officials were forced to respond.