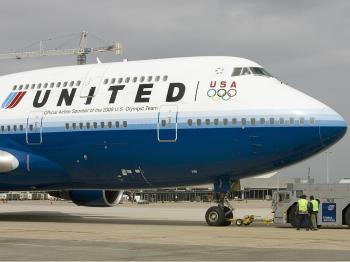 NEW YORK—If you enjoy instant pizzas, hamburgers, and other airline foods, you’re in luck. United Airlines, the second-largest airline in the United States, said this week that it will drop plans to charge coach class passengers up to $10 for meals on overseas flights.

Robin Urbanski, a United spokesperson, said that its customers “value hot meals,” in an interview with Bloomberg Market News. She said that frequent fliers and corporate customers objected to charging for meals, as well as plans to replace hot meals with cold salads and sandwiches.

In a letter to customers, United thanked them for their “direct [and] candid feedback” on meal preferences.

The airline industry has progressively cut back on complimentary services since fuel prices jumped almost 50 percent this year. Most airlines now charge for checking in luggage, pillows and blankets, and even beverages on domestic flights. Continental Airlines is currently the only major U.S. airline to still serve meals at regular intervals on most flights.

However, if United’s plan became official, it would become the first airline to charge a fee for food on transatlantic flights.

Last week, United announced that it would test new food options on domestic flights for business and economy class passengers. During the trial, cold food choices such as sandwiches, salads, and snack boxes will be served to business class passengers. Coach customers will have the option to purchase such options for a fee.

The switch from hot meals should save energy on some flights and reduce fuel costs for the airline.

"Our industry is changing and we need to tailor products and services to what customers value and provide them with more choice," said Graham Atkinson, executive vice president and chief customer officer, in a release.

"We are listening to our customers as we test new options in both the business and economy cabins,” he said.

United said it would evaluate the results at the end of the year. United is based in Chicago, and maintains major hubs in Chicago-O’Hare, Washington-Dulles, and San Francisco International Airport.