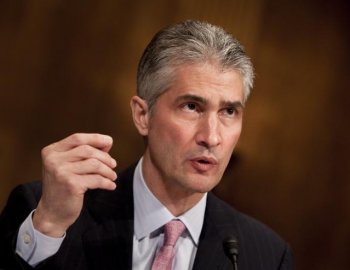 The former chief executive of Continental Airlines will also head the newly formed company, receiving an annual salary of $975,000. He will likely receive 150 percent of his salary as a bonus.

Jeffrey Smisek, who signed a three-year agreement, is likely to have a long-term incentive award in 2011 with a value of $8.4 million as well as a one-time merger bonus of $4 million.

"If you are an airline geek, it doesn't get any better than this: bringing these two carriers together," Smisek said last week. "They are the perfect marriage, the perfect fit. I think we're creating a tremendous carrier here."

However, many long-serving United employees are increasingly discontent since they were unable to recoup pay given the company's three-year bankruptcy.

Glenn Tilton, the CEO of UAL Corp., the parent company of Untied, retired on Oct. 1.