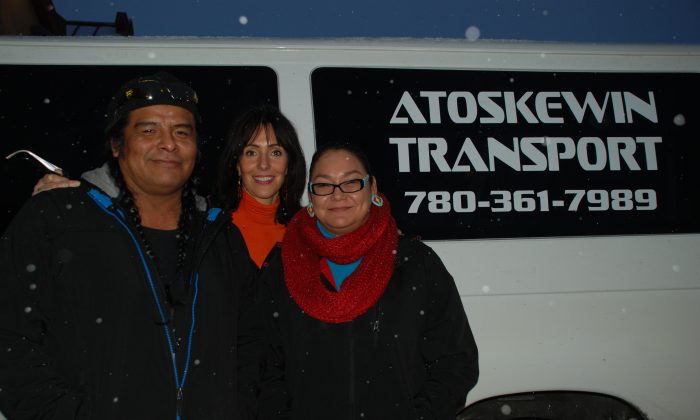 EDMONTON—Helping aspiring aboriginal entrepreneurs be creative in their business endeavours is the aim of an unconventional seminar taking place on a reserve in Alberta this week.

Led by educator and art critic Norman Cornett, the seminar is part of a broader program, Change it Up, which helps the residents of Maskwacis, formerly known as Hobbema, establish their own businesses.

“Creativity and hard work go hand in hand,” says Cornett, the subject of a National Film Board documentary by Alanis Obomsawin, one of Canada’s foremost aboriginal filmmakers.

“The key here is how do [the students] make their business unique in such a way that it attracts customers and keeps customers, and how can they articulate what it is that they have to offer, how they can get it into the public domain.”

During the intensive seminar running May 26-30, Cornett will use his “dialogic” method, an unorthodox way of teaching that has piqued international interest.

The method involves exposing students to different multimedia material including music and art, then having the students write, under a pseudonym, in a stream-of-consciousness manner everything that comes to mind.

On the last day of the seminar, aboriginal author Anna Marie Sewell, the creator of the material, will join the class for a dialogic session.

“It’s all based on dialogue, and that’s a natural fit with the native peoples, because their culture is very much dialogic,” says Cornett, who taught the same class in the community last year.

Sewell is Edmonton’s former poet-laureate, and Cornett says using work from a native poet enables him to find more common ground with the students.

“We will build bridges, and from [Sewell’s] lived experience and her own literary imagination we’re going to look at principles of creativity.”

That idea sits well with Sewell, who says she is against the notion that poetry is something removed from everyday life and elitist.

“I like it when poetry is relevant to people who aren’t necessarily in the literary art themselves, because that to me is more human, it’s more real. We all have a song we want to sing,” she says.

“I’m very excited to see my work approached by people in a supposedly non-artistic field because I think that truly you need to apply your creative self in whatever endeavour you do in life and I think that creativity is a very practical way to approach business.”

Heather MacTaggart, founder and director of the Change it Up program, says Cornett’s seminar will help students realize that anybody can write, while also having a therapeutic effect.

“The process itself helps people get in touch with what’s on the inside and express that, and can help people deal with issues that they’re dealing with,” she says.

The program is in the third year of an approximate four-year pilot phase. This year, it has been extended from six months to nine, during which time students receive training and counselling to help them establish their businesses.

The program has been a resounding success, MacTaggart says.

“I think maybe out of the 30 people who have gone through the program we’ve only got one or two that at some point went back to social assistance, so it’s a very, very high success rate right now.”

So far, all the businesses have been created in the community. Examples include a transportation company to and from the reserve, a used furniture store, a commercial cleaning business, and a beading supplies store, among several others.

MacTaggart says she founded the program because she wanted to be part of the solution to improve the lives of First Nations people, and also because she has concerns about the current education system.

“Change it Up is really about piloting alternate approaches to demonstrate that if we approach it differently, it could work,” she says.

“If you look at the First Nations’ traditional way around education and child-raising before colonization—practices like learning by doing, learning in context, learning from family, the apprenticeship process—those are all now backed up by research. We now know that’s the way that everybody learns, so there’s some inherent value there that I think everybody needs to learn from.”