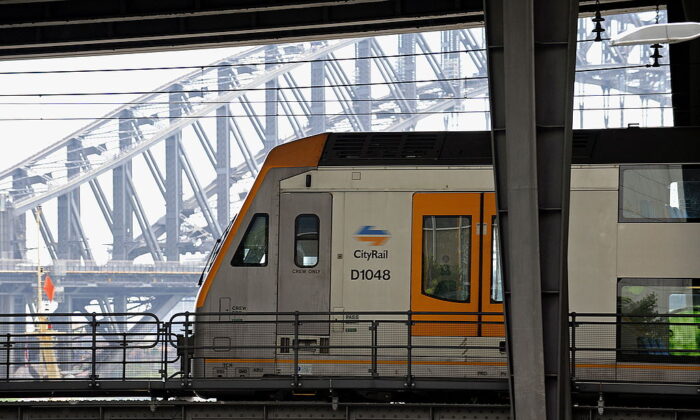 The drawn-out dispute between rail unions and the New South Wales (NSW) government has again intensified as the union moves to switch off all electronic gates across Sydney’s train stations for one week.

The Rail, Tram and Bus Union (RTBU) announced at the Fair Work Commission that it will deactivate the Opal readers starting on Sep. 21, a move the transport minister warned will cost taxpayers millions.

It comes after the government rejected the union’s demand for a further 0.5 percent annual pay rise after already offering a three percent increase in 2022 and another 3.5 percent in 2023, with Perrottet threatening to terminate the existing agreement.

The government also didn’t back down when the rail operators refused to drive the new train citing safety issues.

“We want to put pressure on the government and senior bureaucrats, not the travelling public. We’re escalating that particular action, and it will continue indefinitely until there is an agreement with the government,” NSW RTBU Secretary Alex Claassens said, reported the Sydney Morning Herald.

“They are the ones responsible for this mess, they can now live with it.

“If they’ve got a problem with us they can take us to wherever they need to take us.”

However, NSW Transport Minister David Elliot has said: “Yet again, it is the taxpayers of NSW who continue to suffer the impacts of this union action. This is not about safety. It never has been.”

“The latest round of action by Alex Claassens and the RTBU, which will see them deliberately delaying work to functioning Opal machines so that they become inoperative, is akin to economic sabotage,”he said.

But a spokesman for Sydney Trains on Wednesday said it “does not consider this ban to be protected or lawful action and is seeking legal advice, and will write to the RTBU seeking a withdrawal of this action.”

Amidst public transport disruptions due to industrial action, the unions have left the electronic gates open in Sydney’s train stations in the past weeks.

But NSW Premier Dominic Perrottet said people had continued to tap on the Opal card readers.

“That just shows the people of NSW just want to get on with it. That’s what I expect of the union,” he said last month.

In documents submitted to the Fair Work Commission, the NSW government estimated the train strike cost 44,000 work hours and $500,000 for venue hire.

Ingmar Taylor SC, on behalf of unions, argued on Wednesday the government breached good faith bargaining by terminating negotiations and not identifying decision makers throughout.