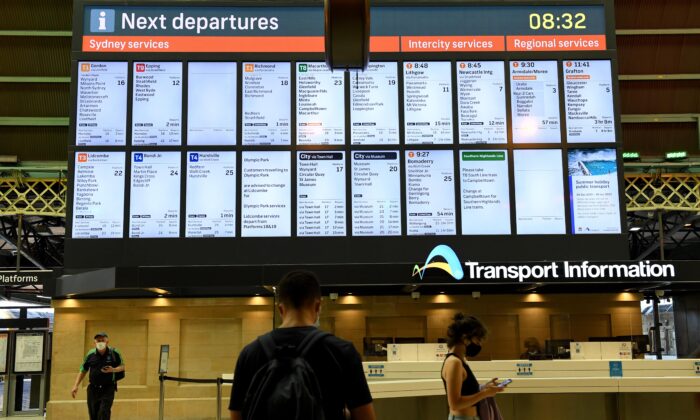 The New South Wales government will be forced to wait until next week before it can act on its threat to terminate an enterprise agreement for rail workers, with the long-running stoush set to go before the industrial umpire.

A government deadline was given for the Rail, Tram and Bus Union to abandon industrial action by 5 p.m. Friday.

However, the ultimatum was ignored by the RTBU, who instead filed an application in the Fair Work Commission to get negotiations back on track.

The dispute will go before the FWC on Tuesday, after a mention on Friday.

In a joint statement after the Friday deadline passed, Employee Relations Minister Damien Tudehope and Transport Minister David Elliott said no action would be taken before next week’s hearing.

“The NSW government respects the process and procedures of the FWC and awaits the outcome of proceedings,” the statement reads.

“There has been exhaustive consideration of all of the combined rail unions’ claims and we are in a position to proceed towards a vote of employees.”

The pair claimed the unions’ FWC application was a delaying tactic to drag out negotiations and continue an alleged political campaign of disruptive strikes.

Unions want the government to come back to the bargaining table after Premier Dominic Perrottet declared negotiations were over on Wednesday.

The government has threatened to scrap a proposed enterprise agreement and a deed for safety modifications to the new Korean-built intercity train fleet unless the union ends its industrial action.

The RTBU’s state secretary Alex Claassens says his union will not abandon its remaining industrial campaign, which includes leaving station gates open and banning fines from being issued until Tuesday.

He said the government shouldn’t be surprised if more action is called next week.

“The passengers are not going to feel anything for the next two weeks, but the government is going to,” he said.

The union says the fight over the intercity fleet is about safety, and while the trains were designed to operate without guards, the NSW rail network’s varying platforms and the widths of trains don’t allow it.

Modifications would move CCTV camera screens out of the driver’s view and allow guards to monitor them, as well as step off the train to monitor platforms in person.

The unions’ FWC application would also gag Sydney Trains from making public comment on negotiations for two weeks and compel it to request the same silence from Perrottet, Tudehope, Elliott and Deputy Premier Paul Toole.

The application says negotiations have “been characterised by widespread and highly publicised disputation”.

It alleges the government breached good faith bargaining by making unions negotiate with multiple different ministers and bureaucrats and not identifying the decision makers.

It also notes the public threats of termination as a breach.

The industrial action culminated on Wednesday in train services being axed or delayed as drivers refused to operate the foreign-built trains that make up most of the fleet.

Labor leader Chris Minns has also called for the strikes to end but said the ultimatum could have inflamed the situation.

“My big fear is that the government’s actions, particularly over the last 24 hours, are designed to induce more industrial action and more strikes,” he said on Friday.