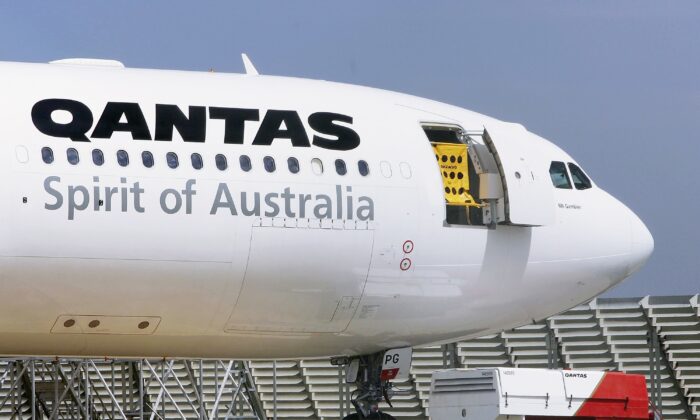 Qantas announced that Boeing 747 will be sent off in a farewell fit for a queen. (Cameron Spencer/Getty Images)
Australia

The major decision last week by Australia’s workplace tribunal to strike down a vaccine mandate by mining giant, BHP, has opened the door for other unions to consider challenging similar orders in their sectors.

“In the case of mandatory vaccination, it is worse. We first heard about the decision on live television.”

On Dec. 3, the full bench of the Fair Work Commission (FWC) ruled that BHP’s vaccine mandate on workers at the Mt Arthur thermal coal mine in the Hunter Valley, New South Wales, was unlawful and unreasonable.

The decision was slated to have ramifications across the country, specifically for vaccine mandates handed down by private businesses and not under government-mandated health orders.

The FWC members found that BHP did not hold proper consultations with its employees before implementing its mandate, a requirement under the union’s enterprise agreement.

BHP’s health and safety officials also admitted the word “consultation” was not used in its email on the mandate, nor was the word “mandatory” present in the company’s formal announcement.

Giuseppe Carabetta, a senior lecturer at the Sydney University Business School, said the decision did not spell “defeat for employers mandating COVID-19 vaccination.”

“Indeed, the ruling isn’t really about the overall validity of Mt Arthur’s vaccine mandate. Its focus is instead management’s failure to properly consult with its employees under work health and safety laws,” he wrote in The Conversation on Dec. 7.

Carabetta said vaccine mandates needed to be reasonable depending on the “nature of the work, established practices, industrial instruments; and consultation requirements.”

Purvinas meanwhile, conceded that the BHP decision would not apply to most airport workers, who fall under government mandates, he noted, however, that “this is not the case at all airports.”

“If a member of ours was not covered by a state mandate, we would look to defend their job based on the perfunctory nature of Qantas’ phony consultation,” he said.

The ALAEA does accept that vaccination does contribute to workplace health and safety, but objects to workers losing their positions if they are unvaccinated.

“Unvaccinated employees should be able to take leave until they are vaccinated or the threat is otherwise removed through herd immunity.”