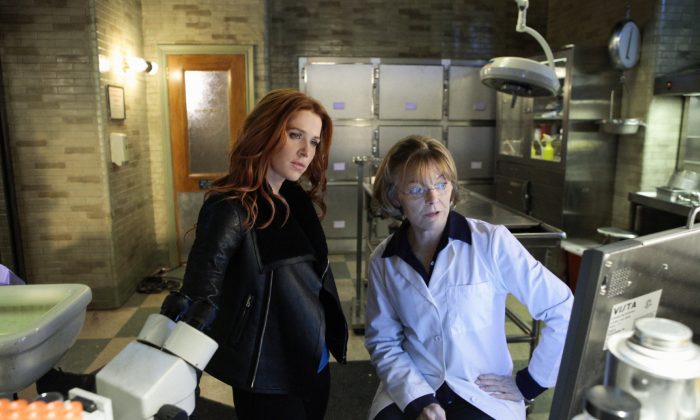 In this undated image released by CBS, Poppy Montgomery, left, and Jane Curtin are shown in a scene from "Unforgettable." (AP Photo/CBS, Giovanni Rufino)
Entertainment

Mystery drama “Unforgettable” was renewed for the third season after a rocky beginning, which almost had the show cancelled after the first season. As Season 2 wraps up with the finale “Reunion” on May 9, 2014, fans are already anticipating the show’s return.

Season 3 will have 13 episodes and will begin airing on the CBS Television Network starting June 29, 2014. However this time around the show will begin at 10 p.m.

The premiering episode of the new season will be titled “New Hundred,” and will star three new female actresses Faye Kingslee, Li Jun Li, and Hani Avital, according to IMDb.

This past summer, the show had 8.2 million viewers, which is two time more than what the Sunday 9 p.m. time period garnered the year before.

The show stars NY police detective Carrie Wells (Poppy Montgomery) who has a rare condition to remember the slightest details and access her memories at any given time. This ability helps her solve crimes.