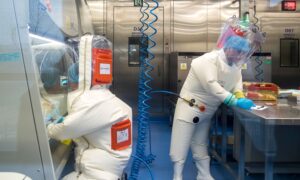 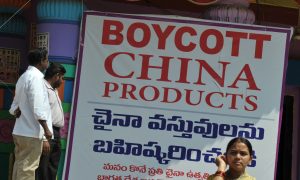 What Can the World Do To Stand Up To the CCP? Curtis Ellis Says It’s Time to Boycott China
0 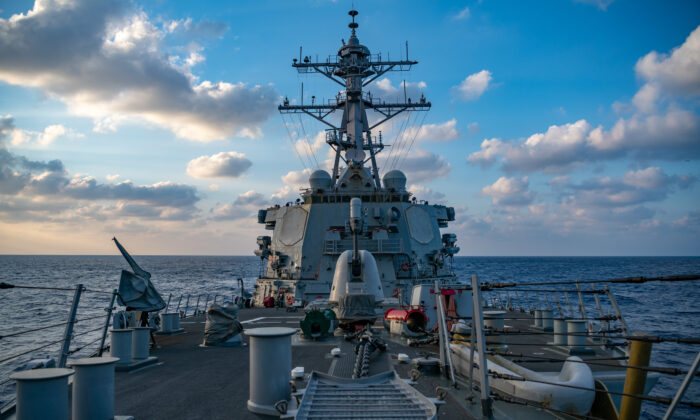 Two U.S. warships in two days have sailed through separate disputed island chains in the South China Sea in a challenge to territorial claims, in what the U.S. Navy calls “freedom of navigation” operations.

Beijing on April 28 said it had “expelled” the USS Barry, a guided-missile destroyer, from the seas around the Paracel Islands, which it claims as its own territory, saying China’s sovereignty had been violated.

The U.S. Navy disputed the story, however, saying that the warship had carried out its operation successfully.

The following day the Navy dispatched a larger cruiser, the USS Bunker Hill, through the Spratly island chain, where Beijing has built up militarized bases.

The USS Bunker Hill on April 29 “asserted navigational rights and freedoms in the Spratly Islands, consistent with international law,” said Commander Reann Mommsen, a spokesperson for the Navy’s 7th Fleet, in a statement emailed to The Epoch Times.

“This freedom of navigation operation upheld the rights, freedoms, and lawful uses of the sea recognized in international law by challenging the restrictions on innocent passage imposed by China, Vietnam, and Taiwan,” said Mommsen. “The United States demonstrated that innocent passage may not be subject to such restrictions.”

Islands, reefs, and rocks in the South China Sea are disputed by a number of countries, including Vietnam, China, the Philippines, Malaysia, Brunei, and Taiwan.

“As long as some countries continue to claim and assert limits on rights that exceed what is provided for under international law as reflected in the Law of the Sea Convention, the United States will continue to demonstrate its resolve to uphold these rights and freedoms for all,” said Mommsen. “No member of the international community should be intimidated or coerced into giving up their rights and freedoms.”

Some China observers have said that the communist party has notched up aggression in the South China Sea during the pandemic, while others say it’s too early to tell.

Within the U.S. leadership, there also appears to be a difference of opinion.

Secretary of State Mike Pompeo warned over the weekend: “You’ve seen, too, China become aggressive even during this crisis, moving ships to the South China Sea, taking down a fishing vessel in the South China Sea. These authoritarian regimes are the kinds of regimes that hope to benefit in times of crisis, in this case a crisis that emanated from one of their countries.”

Pentagon leaders have given general warnings that adversaries may seek to take advantage of the pandemic—but have held back from saying that any country has yet dialed up the tempo.

The Pentagon’s chief spokesperson, Jonathan Hoffman, last week downplayed the perception of China’s rising aggression in the Pacific during the pandemic.

“China’s been very active in the South China Sea for years,” said Hoffman, listing various incursions. “Whether they’re taking advantage of a crisis, a global crisis for which they were on the front end of, I won’t say that. I think that they are continuing with their destabilizing activities that we have seen for many years.”

In the last two years, the U.S. military has increasingly sought to blunt China’s aggression in the region.

U.S. Freedom of navigation operations in the disputed Spratly and Paracel islands have become more frequent in the last two or three years, according to data collected by one South China Sea Navy researcher.

The back-to-back missions of the two U.S. warships within two days are indicative of a new U.S. strategy outlined in the 2018 strategy which demands “strategic predictability, operational unpredictability.”

The presence of the USS Barry near the Paracels on April 28 was confirmed by a message on the Navy’s official social media account the following day.

The Chinese military authorities labeled the actions of the USS Barry as “provocative” saying that they “seriously violated China’s sovereignty and security interest.” The PLA said that the United States should focus instead on getting to grips with the pandemic and helping more internationally with fighting the virus.

Chinese military leadership said that they had “organized sea and air forces to track, monitor, verify, and identify the US ships throughout the journey, and warned and expelled them,” according to a PLA statement

However, USNI News, run by the Naval Institute, said that the USS Barry’s operation “proceeded as planned without encountering any unsafe or unprofessional behavior from Chinese military aircraft or warships,” according to an official.

An earlier version of this article misspelled the name of the Pentagon’s chief spokesperson. The correct spelling is Jonathan Hoffman. The Epoch Times regrets the error.