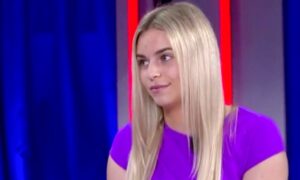 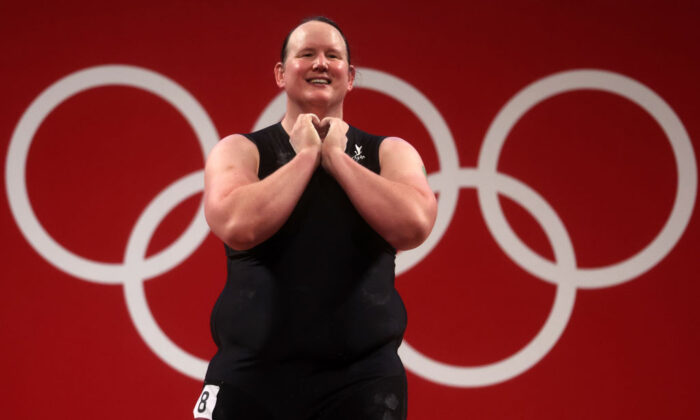 Australian Senator Claire Chandler has criticised the International Olympic Committee (IOC) for allowing a trans weightlifter to compete in the female heavy-weightlifting category at the Tokyo Games.

New Zealand’s Laurel Hubbard, who was born male, took the spot that 18-year-old Roviel Detenamo would have rightfully won, if it wasn’t for the IOC’s trans inclusion policy, both Chandler and UK women’s rights group Fair Play for Women argue.

It would have been the first time in 20 years that a woman from the small Pacific island of Nauru had competed at the Olympic Games.

“Competitive sport, let alone the Olympics, is not a participation exercise, yet what we saw … was a sub-elite lifter, competing in the wrong sex category and the wrong weight category, displacing a female from one of the world’s smallest nations so that the IOC could call itself inclusive,” Chandler told the Australian Senate last week.

Chandler said the decision to allow Hubbard to compete was “unfair,” and said the IOC was using political correctness to shun opposition voices, refute scientific evidence, and undermine the possibility that trans women might dominate female sporting categories.

“You cannot have a clearer example of why we have separate female and male sporting competition and why it’s so unfair to female athletes to allow males into their categories,” she said.

Chandler said she was concerned that supporters of gender inclusiveness often “overlook the fact that there is an Olympic event specifically designed for 109-plus kilogram weightlifters, which Hubbard would be eligible for if good enough.”

She also stated that while it may be a shock to a sprinter disqualified for leaving the blocks a millisecond early, “those athletes don’t gain a fraction of the advantage of a male competing in women’s sports.”

Chandler is not the first to make this argument. The United Kingdom’s women’s rights group Fair Play For Women made a similar point last month, noting that Detenamo lost one out of 14 available places in the women’s over 87kg weightlifting category “to make room” for Hubbard.

The organisation revealed Hubbard “would not have qualified for Tokyo 2020 in the category that aligns with sex and size” as the Kiwi weightlifter’s best performance during qualifications is 285kg—the average weight lifted by “males half [Hubbard’s] size” (61-67 kg).

Fair Play For Women posted on Twitter a photo of Detenamo, writing: “This Roviel Detenamo from Nauru in the South Pacific. She should’ve been the 1st woman from her country to get to Olympics in 20 yrs. But she’ll be watching the games from home because the IOC rules allowed a male person to compete in her female category.”

The IOC did not respond to queries about Detenamo losing her spot to Hubbard, but did tell The Epoch Times that Hubbard “has qualified under the eligibility rules … based on the IOC Consensus Statement from 2015,” referring to its trans inclusion guidelines.

“According to the Olympic Charter, it is the International Federations (IFs) who define the eligibility of athletes in their sport,” their press office said.

“The IOC is developing new guidance to help ensure that athletes—regardless of their gender identity and/or sex characteristics—can engage in safe and fair competition.”

The elite sports organisation also added it “confirmed the considerable tension between the notions of fairness and inclusion, and the desire and need to protect the women’s category,” and is looking to “balance all of these.”

Experts suggested that gender politics debuted in the Olympics in 2015 when the IOC started allowing athletes who “transitioned from male to female” to compete in the female category, providing their testosterone levels were below 10 nanomoles per litre for at least 12 months before their first competition.

However, this nominated level is about five times higher than the average biological woman that is between 0.3 and 2.4 nmol/L.

But the Olympics board, for the first time in history, is asking for greater censorship of science-related information in media coverage on the gender diversity issue, recently giving each journalist at the event a 20-page set of media guidelines from LGBT+ groups warning them to use correct pronouns, avoid using the term “biological male/female” and to not focus on medical issues.

Chandler said these guidelines were an attempt to “obscure” these facts and that the concept “that it’s more inclusive to operate women’s sport based on gender identity rather than sex” is not based on evidence.

“It has been disturbing to watch activists and sports administrations, including here in Australia, twist and change the very meaning of words,” the senator said. She added that labelling talks on biological males and females as “offensive” is a way to “take away the language needed for women to raise objections.”

Joanna Harper, IOC Panel transgender member, acknowledged in 2019 that trans women’s physical advantages over biological females “certainly exist” but believed “that does not necessarily make it unfair” because “they are not nearly as large as the sociological disadvantages.”

Harper’s argument is rooted in the gender identity theory, which calls for the “collapse of sex/gender binary” as it believes biological sexes do not exist and should be replaced by one’s “subjective and unverifiable” sense of self, UK Former Sports Lecturer at the University of Cumbria Cathy Devine revealed in a study in June.

Devine noted it also echoes postmodernist feminist theory that views the sexes as “socially constructed” roles in a hierarchical binary system, which the “oppressed” LGBT+ community should move to overturn.